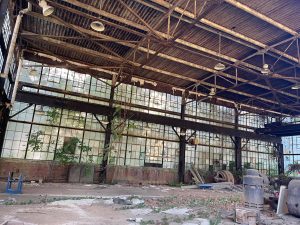 Many years ago, early in my career, I started working in a factory in Northern Illinois. It was a medium size company, and came with a full cast of characters, who occupied many of the positions there. I eventually worked my way into quality control, and later, after finishing my education through the GI Bill, I was able to move up into engineering.

While still in quality control, I had a couple of mentors who taught me the tricks of the trade. They were good guys who knew their stuff, and came with colorful backgrounds as well. “Bunch”, as he was called, was responsible for layout inspection in the machining departments, as well as incoming receiving. His job took him all over the shop floor during the course of each working day. This allowed Bunch to carry out his other “occupation”… that of shop bookie. 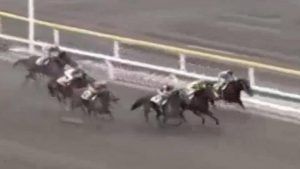 If you wanted to lay down a bet on the ponies, Bunch was your man

Discreet and accessible, Bunch made book and provided up to date information on the horse races at nearby Arlington Race Track, and several other locations. He provided bookie services on other sporting activities as well, when asked, but the ponies were his real area of expertise, and his first love.

It was not uncommon to find Bunch, with several other workers holed up in a corner somewhere, going over the days betting sheets. Bunch collected the bets, recorded them, turned them in, and paid them off when applicable. He was a very popular guy amongst the gambling crowd; honest, dependable and discreet. He never welched a bet or revealed any information about those using his services. He made a modest percentage of the take, and just a bit extra to cover his efforts. 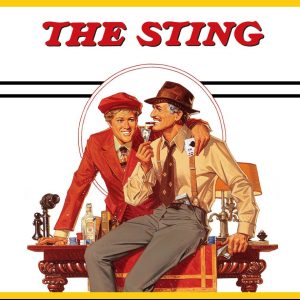 Bunch was already an older man by the time I started working with him and he shared his knowledge freely with me and anyone who asked. In addition to his skills in the machining of metals, and knowledgeable racetrack acumen, Bunch also had a colorful assortment of stories, from his days as a grifter during the depression era. Considering his background, it’s not surprising that his favorite move was “The Sting”. Having made his bones on back-alley cons during those hard scrabble days, Bunch could readily relate to that film.

Bunch was a short, wiry Irishman, who had given up drinking after years of hard habit. And though in his early sixties, and not much more than one hundred and thirty pounds dripping wet, Bunch possessed surprising strength. Some of the iron castings he handled were well over one hundred pounds, but through years of experience and practice, Bunch moved them around with ease. Though much younger, and seemingly stronger, it took me several months to acquire the ability to muscle those large castings around like he did.

Bunch retired about five years after I started working with him. His pleasant personality and acumen were missed around the shop, and of course, the bookie operation was thrown into disarray. Although Bunch had trained an adequate replacement for that enterprise, the fellow handling it did not have the ability to move around the whole factory, as Bunch did. This meant the individual betters had to find a way to get their bets to, and collect from the new guy. It was never the same.

Bunch would still come in to see us now and then, and usually made it to all the company picnics during his retirement. Though long gone to heavenly pastures, I’m sure Bunch is handing out betting sheets and making book on the very best steeds in some upper level stable.

And who knows, he just may be relieving some unwitting Spirits of their valuables. 😊

Joe’s blogs are copyright protected ©, you are welcome to share them on social media, in their entirety, which identifies Joe as the author (to include his guest writers when applicable)

Linkedin
◀ On a Bright Spring Day..
Guest Writer – Rhonda Underhill; How to Start a Veteran-Owned Business ▶