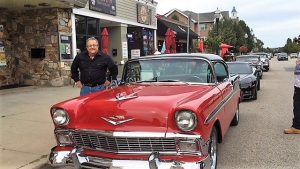 My friends have some nice ones

Of all the events we’ve lost as a result of the Covid pandemic, I believe I miss those classic car shows the most. Normally, every spring through fall, memorable old buggies of one kind or another show up in numbers in many of our city and county parks.

Chevy Nomads, Dodge coupes, Ford Mustangs, AMC Javelins, Woodies, and many other makes of old cars, in buff condition, show off and compete for various prizes and the adoration of those attending. 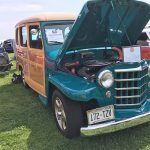 Who doesn’t love a woody 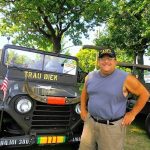 Baker Park, Petrifying Springs, Kennedy Park, and several other outdoor venues host Kenosha car shows every year. There’s nothing like strolling through the grass on a Sunday afternoon, among a bevy of those old automotive beauties. Of course, we all have our favorites. Having owned a 54’ Chevy in my younger days, I always try to find those among the crowd. Many of the car shows also feature old military vehicles, and as a military veteran I enjoy seeing those very much. 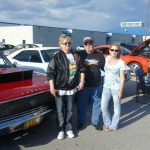 I have some friends whose classic cars appear or have appeared at many of our area car shows. My late friend Dennis Sadowski had a collection of Vietnam era military vehicles which he would bring to the shows. Pete Pfaff and his wife Mary both have classic Dodges, which they show at local events. They have won many trophies for their fine classic autos. John Goergen has a very nice Rambler American which he displays, and my late friend Charlie Navoichick had a beautiful Oldsmobile Cutlass he would bring in. 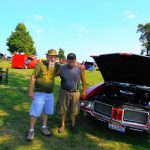 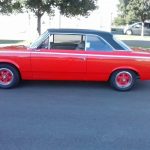 My young cousin, Jake Davison, has a 64’ Dodge Golden Anniversary 880, with a 383 cubic inch motor, which he rebuilt himself. A real beauty. Good friend Dale Wellman has a 29’ Dodge which he tinkers with on and off. (Mostly off) Friend John Schlater has a very nice Chrysler Imperial he shows, and Bruce Brehm, another one of my old pals who has since passed, had a souped-up Mustang he would bring to the shows. I probably don’t even remember all of my friends who have, or have had classic cars. 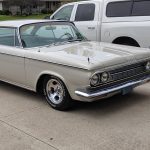 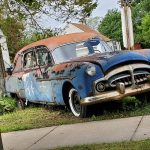 Similar to the ones we actually had back in the day

Nostalgia’s a funny thing. We often mostly remember the “good” parts of an experience. Or, we remember the experience as to how we’d have liked it to have been. Although we love those old vehicles dearly, the truth is, back in the day, the ones we actually owned were usually far from pristine. As a matter of fact, many of them were patched up junk heaps that required constant repair just to keep them running.

I had a 58’ Ford with a 352-interceptor engine in it. The car would fly, but it broke down more often than a European opera star. My 59’ Rambler wasn’t too bad of a runner, but it had two or three rust holes you could have thrown a cat through, and the upholstery looked like it had been chewed up by a tyrannosaurus rex. I had a 65’ Rambler American that never broke down, but the first time I took it through a car wash, the paint peeled off it like the skin off a boiled potato.

One of my friends had a 56’ Chevy that he claimed needed a raincoat because it would never run when it was wet. Another acquaintance had a Ford Galaxy which lost a whole front wheel as he was turning a corner one day.  And one of our old neighbors had to crawl under the front of his Plymouth and short out the starter with a large screwdriver just to get it to start. It was funny watching him crawl under there every time he had to go somewhere. My dad owned a series of used cars, that he had to repair on a continual basis. It was almost like a hobby for him. 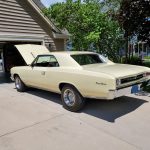 My friend Carl had one back in the day

It’s fitting that the Downtown Kenosha car show is held at the end of summer. It’s our largest car show of the year, and runs for three days. Musicians and entertainers keep the crowd in good spirits, and vendors offer food and beverage. During this event, my late friend Mike Bjorn graciously allowed me to offer my books at a table in front of his store, “Mike Bjorn’s Fine Clothing”. His son Brett, who now manages the store, has continued the courtesy.

Many of the car show sponsors donate proceeds to various charitable causes. The Wounded Warriors car show, for example, provides aid to military veterans who have been injured as a result of their military service. So, in addition to providing us with some great outdoor entertainment, car shows also give back to the community in many ways. Let’s hope they’ll soon be back! 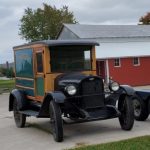 Linkedin
◀ How life has changed since I was a child
Guest Writer – Le Ly Hayslip: Review of “On the Ho Chi Minh Trail” by Sherry Buchanan ▶