Places of intrigue drew us in, like bees to honey. 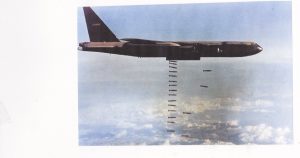 Grand Forks had a squadron of the giant bombers

From December of 1968 to December of 1969 I was stationed at Grand Forks Air Force Base in North Dakota. The sprawling airbase was about fifteen miles from the town of Grand Forks and was primarily a SAC (Strategic Air Command) base, containing a full complement of B-52 Bombers. Grand Forks was also home to the 18th Fighter Interceptor Squadron, an ADC (Air Defense Command) unit, consisting of Voodoo F-101 Fighter Interceptors. I was a member of the F-101 Fighter squadron. 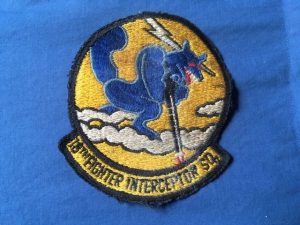 I’m a Blue Fox for life

The desolate area was frozen and windswept for much of the year, and holds the honor of being the 2nd coldest spot in the continental United States, just behind its frosty neighbor to the north, International Falls, Minnesota.

For bachelor airmen of low rank, options for entertainment were limited. There was an Airmen’s Club open two days a week, a base theater, and a gym. Most of us, however,

spent much of our off-duty time in our barracks, that’s where the real partying went on. If we were lucky, we might snag a ride to the town of Grand Forks from one of the more senior members of our squadron. Occasionally we would walk to town, covering the fifteen-mile trek twice in one day, unless we found somewhere to stay over till the next day. In the bitter winter months walking to town was not an option.

Right along side every major U.S. military installation there is usually a small town consisting of a cluster of businesses that cater to those on base. Whatever product or service you couldn’t manage to find on base, the small group of entrepreneurs, within walking distance of the main gate, unencumbered by military convention, rules or regulations would provide you with almost anything you should so desire.  The name of the town outside of Grand Forks Air Force Base was Emerado.

In 1968 Emerado, North Dakota consisted of a handful of hard scrabble dwellings, one tavern called Johnny’s Saloon, and one diner known as Lou’s Café. There was also a small fair ground where two or three times a year traveling carnivals would set-up shop providing cotton candy, various carny rides for the Air Force dependent children, and a host of slight of hand gamesters who fleeced naive airmen out of whatever cash they carried with them. Often these carnivals left in a hurry when word got out of major scamming activities. 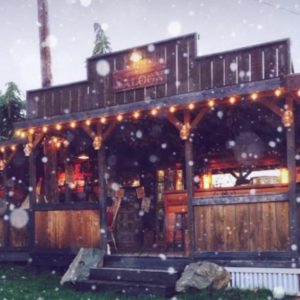 Johnny’s Saloon in Emerado, North Dakota is still in business!

Like many of my peers at the airbase, I was drawn to the earthy charms of the small community of Emerado. Johnny’s Saloon was a real old west type honky tonk. It offered tap and bottle beer, several types of hard liquor, a juke box featuring country & western and rock, and usually a couple of dust ups every night. The air police from base would, on occasion, have to come to Johnny’s when major brawls involving base airmen broke out. Otherwise the occasional state trooper would be called in to dispense justice and restore order. Once order was restored, the trooper would usually stay for a beverage or two.

Lou’s Café, owned by a large reticent woman (named Lou) served hamburgers, hot dogs and a very thin, spicy no frills chili. The joke was if you couldn’t finish your chili at Lou’s, you could always take it with you and lube the axles on your vehicle with it. If any customer asked Lou for her chili recipe, she merely scowled and said “grease”. She had a captive customer base and needn’t perform any airs or jump through hoops to bring them in. Airmen from the base in various stages of sobriety filtered in and out of Lou’s all night long, seven days a week. 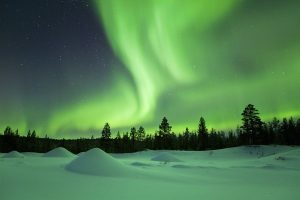 The Northern Lights were mesmerising

Whether we went to Lou’s or not, we’d usually finish off our nights at Johnny’s Saloon. The back deck of Johnny’s faced the north and on many winter evenings the Aurora Borealis provided a beautiful light show for all those in attendance. I have fond memories of sitting on a picnic table at Johnny’s Saloon, drinking beer and watching the fascinating gyrations of the northern lights.

I left North Dakota in December of 1969 with orders to Vietnam. In Vietnam, I witnessed a light show almost every night as well, though one of a much different nature.