Guest Writer – Bob Ballard; My Life as an Airman 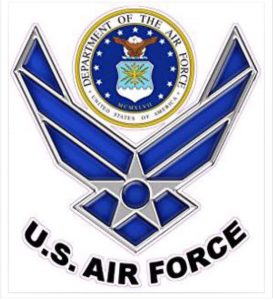 This year I reconnected with another old friend from my days in the U.S. Air Force. Bob Ballard and I went through basic training together, and then on to technical training for our Air Force duties. Bob was always a kind soul, cheerful and helpful to all. We stayed in touch through the remainder of our military days, but after we finished our time in service, we lost track of one another, and the years went by.

Bob contacted me after finding my writing on the internet. Coincidentally, Bob is also a writer and has several books available on Amazon. Bob and his wife Pearlie Jane live in North Carolina near their children and grandchildren. Here is Bob’s story, I hope you enjoy it.

My Life as an Airman 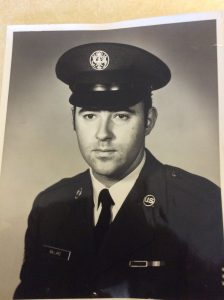 My name is Robert Elias Ballard and I’m originally from the textile mill village of Tuxedo, North Carolina. I currently live with my wife and son in a rural area near the town of Zirconia, NC. Joe Campolo and I met in 1968 when we were both new in the U.S. Air Force taking basic training at Amarillo Air Force Base, Texas. He was a city slicker from Kenosha, Wisconsin and I, a hillbilly from the Blue Ridge Mountains of Western North Carolina. 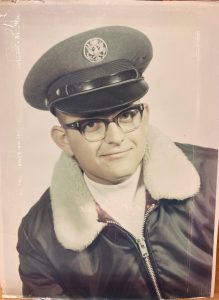 Following basic training at Amarillo we both went on to Lowry AFB, Denver, Colorado where after a few weeks of awaiting training, we would begin our Air Force Specialty School. The Viet Nam War was in full swing and in order to process us and get us into the field, we had to attend evening classes. Our schedule ran from 6 pm in the evening until midnight.

Once we completed our classes and graduated from Tech School, each of us received our first permanent party assignments. Joe went on to Grand Forks Air Force Base in North Dakota, and eventually ended up in Vietnam. I went to the 52nd Supply Squadron at Suffolk County Air Force Base near Riverhead, Long Island, New York.

I was just a country boy from the sticks and the trip to my first assignment was a great adventure, truly a Goober and Gaylord experience. The plane ride was not a problem but after landing in LaGuardia, getting to my destination proved to be a challenge.

The task for me would be getting from the airport to the air base. I asked a police officer outside the terminal “how do I get to Suffolk County AFB.” In an accent totally unfamiliar to my ears, he said ”Catch a cab to Jamaica Station and get a ticket to Speonk, it’s the closest train stop to the air base, then call a taxi.”

It all seemed simple enough but being in New York City at rush hour and in a train station was bewildering to this greenhorn simpleton. The large crowd pushing and shoving to get onto the train was “every man for himself.” Of course, during that time a nature call was needed. I found the restroom but it cost a dime to enter and make a deposit!  Lordy! 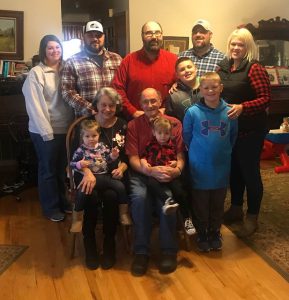 Bob and his family (I remember when he had hair)

As I boarded the train which was full to capacity, I spotted one seat with a bespeckled gentleman reading a newspaper. I had a duffel bag, briefcase and a tube containing paperwork. Needless to say, I was a bit overloaded and frazzled by the situation I found myself in. The fellow reading his newspaper seemed a bit annoyed when I ask if he minded if I sat down beside him. The look on his face abruptly changed when I slung an almost 100-pound duffel bag up over his head to the luggage rack. Soon the train pulled out of the station and I was on my way. The train stopped at every town on Long Island and by the time we arrived at Speonk, I was the last person on the train except for the employees.

It was getting late, so I went inside the train depot and ask directions to the base. They told me I would need a cab and called one for me. It was only a short ride to the base and I was dropped off at the bachelor airman quarters where I would spend the rest of the night. The next morning, I signed into my unit and met the 1st Sergeant who assigned me to a barracks and room where I would spend almost two years, until President Lyndon Johnson closed the base in December 1969.

There were many new experiences here for me, and my job would be in Demand Processing assigned to Maintenance 2 working in close proximity with the various specialty shops where I would receive orders for necessary repair parts in support of the F101’s and T-33’s on our base. I used a small remote linked to our supply computer that could retrieve instantaneous information for parts requested and simultaneously create and order for the requested part. Often times, the part would be issued from our warehouse and arrive at the flight line shop before I had completed the call. To say it was a hot seat would be accurate and I loved that job and prevented that horrible GNORS (grounded not operationally ready supply) from happening.

Like most “first term airmen” I was also assigned a secondary job. I’m not sure what the criteria for the job was, but I was selected to be an Honor Guard member and began training with the group of Airmen assigned to that duty. The Honor Guard members also served as a Drill team as well and conducted military funerals, Color Guard at various functions and marched in parades. During this time, I marched in two parades in New York City and countless others in the small towns on Long Island. 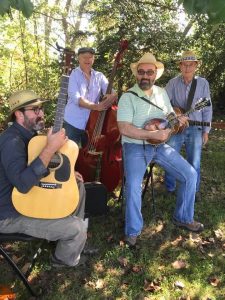 Bob with his current band

Our Honor Guard was selected to be Color Guard at the 1969 Air Force Association Ball at the Waldorf Astoria in NY City. The duty would be simple, standing in two columns between the Ball Room and the Dining room. The Chief of Staff of the Air Force at the time and CMSGT of the Air Force were on hand to inspect us as we entered the dining room. I just happened to be the lowest ranking enlisted man, while the lowest ranking officer was a Captain in charge of seating.

Once everyone was seated for the affair, they were served fillet mignon! We were ushered to a balcony and servers brought our meal, under cover. Our meal turned out to be BLT’s!  The officer in charge complained, so later we were served the same meal as the officers attending the ball.

Military funerals were held almost every week and I never grew accustomed to these sad occasions. We rotated our dates. Sometimes I would be on the flag squad and other times on the firing squad. We used the old M14 for the 21-gun salutes. Sometimes those 21-gun salutes didn’t quite add up due to misfiring of the blank cartridges. Many of our Military funerals were at Amityville where there was a National Cemetery.

The most memorable military funeral I was involved with was for a pilot who had been shot down over Cambodia. The missing man flyover was awe inspiring and sent cold chills down my spine. I was proud at having been a part of such an occasion.

From the 52nd Supply Squadron at Suffolk County Air Force Base, I was sent to the 4783 Surveillance Squadron. We were out in the Southwest Texas desert. Sea Launched Ballistic Missile radar was fairly new and there were only about 7 such radar units across the U.S. The radar was an FSS-7 and most of these radar units were short lived and closed down after only a few years.

From the 4783rd I would spend my final year in Alaska. My unit was an early warning radar facility, the 743rd ACW Radar at Campion Air Force Station about 10 miles from Galena AFB. There were only 120 of us on this site including civilian support people. We were isolated and remote and our assignments were for only one year. The long winter night broke in the Spring and by May the Yukon had thawed from being frozen over.

For hunters and fishermen, the assignment was a dream. Plenty of moose in the area and a trip down the Yukon found salmon and other fish plentiful. Those who fished brought back ample quantities to freeze and all during the winter when we had Commander’s Call, we’d have a huge meal. Moose tenderloin was available in our NCO snack bar. I really enjoyed the moose from my plate although I was never a hunter.

With my short timer’s calendar completed, I flew back to Elmendorf AFB and had my discharge physical in June 1972. My four years were now complete and I am proud of my time as a  member of the United States Air Force.