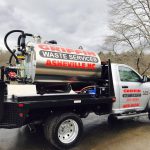 I got a chuckle out of an add I recently saw, which had attached the oft used adjective “World Class” to its operation. The add was promoting a sewage pumping service which removes waste from miscellaneous holding tanks and septic systems; the “honey wagon” as it is euphemistically called. Yep, the “World Class Honey Wagon”; quite a claim in my opinion.

The term “World Class” originally came into use in American manufacturing in the 1980’s. This was a time when many American industries were converting to the, then in vogue, Just-In-Time-Manufacturing system; a.k.a. The Toyota Production System. The term is intended to imply that, somehow, “World Class” is superior to “American Class”, or “English Class” or “Italian Class” for instance. In truth, the term applied should really be “Japanese Class”; since that in fact is where the system was developed, and primarily implemented. No matter; it was a nice buzzword to attach to your business and many companies, having gone through the pains and expense of adopting the system, grabbed onto it.

Since those early years of transitioning to JIT, many businesses and enterprises have adopted the term “World Class”……. “World Class Automotive Manufacturer”, “World Class Educational Facility”, “World Class Laundromat”; everyone’s jumped on the wagon it seems. “World Class” has taken its place alongside many other buzzwords which have infiltrated business, government and society over the years.

Here are a few other buzzwords frequently tossed around:

Win-Win: This implies an activity or program in which more than one party comes out a winner. The term is usually applied by the party who has fostered the program and who usually benefits the most from it. (Other parties in the program often have other terms they use to describe it) 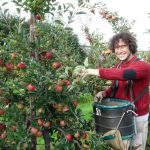 Low Hanging Fruit: This implies that certain efforts, or measures be applied to the most obvious and easiest targets in obtaining a goal; typically, a cost cutting endeavor. Often the “low hanging fruit” to be cut are the benefits, wages or jobs of parties that do not refer to them as “low hanging fruit”. 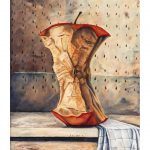 Core Competency: This is intended to describe the primary strength of a business or organization. For example, the “Core Competency” of McDonalds would be “making hamburgers”. The term is often used in business when dissecting segments of the business in which it hopes to maximize the most profit.  Anything that does not fit in with the Core Competency usually faces the axe; leaving the people adversely affected feel like a “cored apple”.

During my career in Engineering and Procurement I was involved in many programs which at one time or another leaned heavily on the use of buzzwords. Those of us that were involved and were wise to the intentions of these words often reacted with a yawn or a smirk when they turned up. 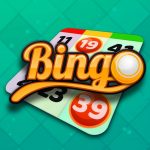 At one company I worked for we had a little game we engaged in during our weekly staff meetings. The meetings were typically headed by corporate hierarchy and involved the implementation and status of projects and programs the company had activated.

Those of us who played Buzzword Bingo brought a small bingo sheet to each meeting. We kept the bingo sheet discretely out of site; under other paperwork we had with us. Each bingo sheet had a list of the most frequently used buzzwords, and during the course of the meeting as each buzzword popped up we (again discretely) checked the appropriate box on our bingo sheet.

When someone’s bingo sheet was filled they would give a thumbs up and a nod, letting the rest of us know they had won. As we reacted accordingly, the person conducting the meeting would usually smile thinking we were enthralled with the content and course of the meeting. A fool’s paradise, as they say.

Politicians do love their buzzwords 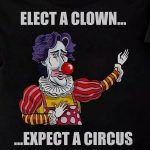 I still get a kick out of buzzwords whenever I hear them. Politicians are notorious for adopting any new term that they can somehow convert to their favor. Often while reading an article involving politics, or listening to a politician speak I play buzzword bingo with myself.

I can usually hit bingo by the first commercial.

Share this…
◀ Visits to Joe’s Website; by Country
Guest Writer – Arne Vainio, M.D.; The Promise of a Warrior ▶