But how could one live and have no story to tell 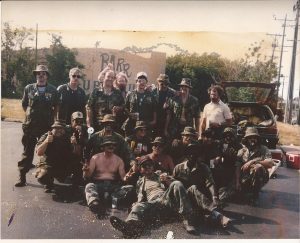 An early gathering of The Kenosha Area Vietnam Vets (Joe is 2nd from the end, right hand side, 3rd row up)

I am often asked to recite my poem Sweet Bird of Youth at veterans events and other venues. I also speak about the writing process and my books upon request, as well as the Vietnam War and issues relating to it. (Most folks don’t mind some fishing stories thrown in.)

I have spoken to many youth groups, and other groups of all ages.

I charge no fees for speaking; however I do ask for expense compensation if travel is required.

During my career in industry, I spearheaded J.I.T./Lean Manufacturing operations in several companies. I also implemented those activities as a private consultant on a part time basis, and can speak to large or small groups on various topics relating to those processes. 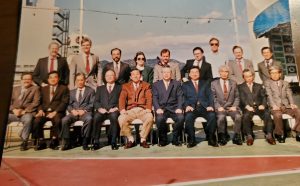 Check out my event schedule and contact me regarding a speaking engagement.

Some of the Speaking Engagements I Have Been Involved With 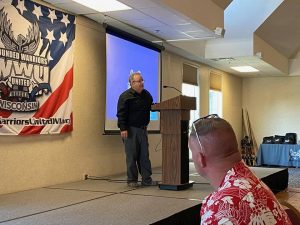 In May of 2021, I was honored to be the emcee at the 1st Annual Wounded Warriors on the Water event banquet in Minocqua, Wisconsin

On Veteran’s Day 2016 I was privileged to speak at the Grewenow Elementary school of Kenosha, Wisconsin during their Veteran’s Day program. 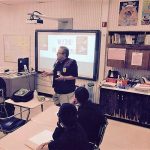 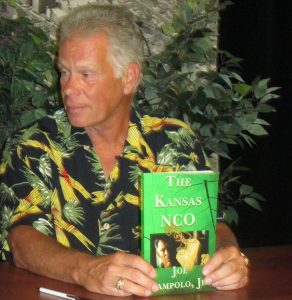 In November 2014 I was a guest on the “Kenosha Today with Scott Barter” television show.