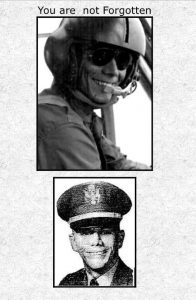 Major Michael O’Donnell was a helicopter pilot killed in action near Dak To, Vietnam in March of 1970. Although I did not know Major O’Donnell we were in Vietnam at the same time, and in some of the same places. This is a poem he penned several months before his death.

If you are able,

save them a place

and save one backward glance

when you are leaving

for the places they can

Be not ashamed to say

or may not have always.

Take what they have left

and what they have taught you

and keep it with your own.

And in that time

when men decide and feel safe

to call the war insane,

take one moment to embrace