Based on feedback from my readers, the earlier story of Mac on this blog site has been very popular. I was fortunate enough to make the acquaintance of not one, but two Macs during my time in the service. And although they were two distinctly different personalities, they were both memorable characters. This is the story of Big Mac. 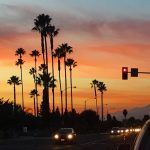 I finally hit the gravy train; duty in Southern California.

When I returned from Vietnam I still had eighteen months of service left on my four year commitment to the U.S. Air Force. I was sent to March Air Force Base near Riverside, California to serve out the remainder of my hitch.

After serving one year in North Dakota and one year in Vietnam, I thought I had died and went to heaven. This was great duty for me; Southern California in the early seventies, are you kidding? I got right into the way of life out there and enjoyed every minute of it, even moving out there for a time after my military service had ended.

However when I first arrived at March Air Force base I had to make some adjustments. I had just been promoted to Staff Sergeant and as a non-commissioned officer; I would no longer be throwing crates of material around, and thankfully I would no longer be riding shotgun on shipments of material on dangerous war zone roads. Placed in an administrative function in peaceful Southern California, I was assigned to a paper handling detail at March air base in a unit identified as Document Control. 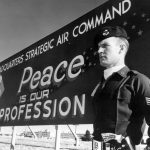 While this was soft duty in an air conditioned office, it was about as exciting as counting peas in a cannery; yet it could be stressful at times. Document Control was tasked with receiving and filing copies of all of the paperwork used to requisition and ship material and equipment at the large Strategic Air Command facility. My primary duty was to police “delinquent documents”; that paperwork which was not returned to our department within the prescribed timeframe, based upon SAC regulations. (Of which there were plenty) The information was provided to us by UNIVAC 1050-2 computer generated reports. Our procedure for retrieving these documents typically involved sending a report, and if that didn’t work, calling the offending department and requesting them to turn in the wayward paperwork A.S.A.P.

One chronically offending department was managed by a Technical Sergeant named McFarland. I had never met Tech Sgt. McFarland however I did have several intense discussions with him on the phone, in my efforts to obtain his miscreant documentation.

As my patience with this paperwork scofflaw grew thin, our discussions grew more and more heated. Finally one day I had had enough; I called him on the phone and told him that if he didn’t hand over the paperwork in short order I was going to come over and “beat him until the damn documents flew out of his ass”. (I had little patience with paper shuffling flunkies, and hey; that’s how business was conducted in the Nam)

My non-commissioned officer in charge, Tech Sergeant Glover, had overheard the conversation. “Was that Sergeant McFarland?”

“Yeah, the sonofabitch won’t get off his ass and get those damn documents in.” I replied.

Glover got a curious look on his face and grew quiet. I paid little attention to his demeanor and determined to pay McFarland a visit if the offending paperwork did not show up soon. As it turned out…..that trip would be unnecessary.

The next morning, as usual I was at my desk in the small document control office. The office was located on the second floor mezzanine of an old aircraft hangar that was now only used for storage and various administrative functions.

The office had old, large louver windows on one side. Beneath the windows there was a four or five foot drop to the roof of the first floor. My desk was in the far corner of the office next to the last window.

As I sat there sorting documents, a deep, booming voice bellowed from the front of the room.  “Where’s Campolo?” Somewhat startled I looked up for the source of the loud, intimidating voice. There in the doorway, stood a mountain of a man. The man’s large body blocked the door entrance completely; top to bottom and side to side. 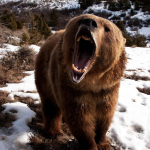 My eyes then riveted on the name tag of this colossus who stood over six feet five inches tall and weighed well over three hundred pounds. The name tag, suddenly strikingly clear, read none other than “McFarland”. Now, red faced, the behemoth closed in on my desk like an enraged bear.

Looking at me in fear, Glover shouted; “Run!”

With the sharpest of survival instincts….I reached over, opened the large louvered window, clamored out, and jumped down to the first floor roof. From there I ran to the far end of the roof where there was a fire ladder. I climbed down the fire ladder and, not having a vehicle at that time, ran all the way back to my barracks, about two miles away. (Again, having learned in Nam that discretion is indeed, on occasion, the better part of valor)

Back at the barracks I called Sgt Glover from the charge of quarter’s office. Glover told me MacFarland had cooled down and, after a time left the building. Glover made him promise I would come to no harm.

The next day I sheepishly returned to the office, taking care there were no huge bodies hiding in ambush. And of course by then half of the people on base, and some off had heard about the incident causing me to be the butt of jokes for months to come, and a permanent part of March Air Force Base lore. I took quite a bit of ribbing as a result; all good natured.

And as it turned out, McFarland was indeed, one of those gentle giants. I apologized, he promised not to kill me and we soon became fast friends enjoying many evenings together, chugging beers at the NCO club on base, or at one of our favorite haunts; the local Shakey’s Pizza Parlor in nearby Riverside, California. 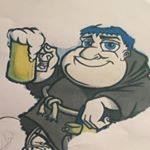 At Shakey’s a group of us would often drink late into the evening, and often early into the morning. Some of us held part time jobs there and we had the run of the place. We would order pitcher after pitcher of beer, sing along with the piano player and drink from large mugs…..except for “Big Mac” who drank his beer right from the pitcher, his ham sized hands holding the large container as if it was a teacup.

I lost track of “Big Mac” after I left the Air Force, but I can still see him pouring down those pitchers, telling his corny jokes and letting go with his booming laugh.

And I never did get him to turn in those damn documents on time.