Jim and the Hat

On one breezy day back in the seventies, my late friend Jim and I were out driving around in our fine town of Kenosha, Wisconsin. It was around mid-day and given the times it would not be unheard of for us to have been slightly impaired. 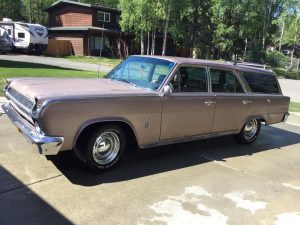 Jim was behind the wheel, as we headed east on one of Kenosha’s main streets. As he approached an intersection a man and his young son stood in the road waiting for us to pass so they could cross the street.

The man was wearing one of those small brimmed Fedora hats that were popular in the sixties and seventies. It looked like a Swiss mountaineer hat, complete with the little red feather sticking out of the band. I never cared much for those hats, but as many who know me can attest, I am no slave to fashion. 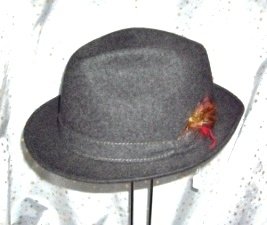 Nevertheless, the man had one on and unfortunately, that being an extremely windy day, he soon lost his fine feathered headwear to a gust of wind. The hat floated up, and then down, heading directly in the path of Jim’s fine, though somewhat rusty, banged up old Rambler.

As I sat taking it all in, I was focused on the man’s demeanor. Looking right at Jim, he started to step out to rescue his spiffy hat, knowing Jim had plenty of time to stop, and confident he would.

Unfortunately, Jim was clueless as the hat hovered for a time, then dropped down like a wounded duck, directly in front of his car.

Still focused on the man attempting to retrieve his hat, I watched his expression change in minute stages, from one of confidence, to one of alarm and disbelief, as he realized Jim was not going to stop, or even slow down on behalf of his fashionable head wear.

As the event unfolded, my demeanor changed along with the man’s as I realized the hat was now doomed. As our vehicle passed directly by and over the previously unblemished topper, both the man and his boy looked down and watched as both tires on the right hand side of Jim’s hulking Rambler crushed and flattened the man’s once spiffy fedora, like a beer can ran over by a garbage truck.

Turning around in my seat, I could see the man looking down at his now flattened hat, and back up at our passing vehicle, with a stunned look on his face.

His son, with a look of confusion, kept looking up at his dad, and then down at his dads now squashed headpiece.

The hilarity of the scene struck me suddenly and hard as I started laughing uncontrollably, unable to neither stop nor explain to my clueless friend the calamity he had just created.

When I was finally able to explain what had happened, he fell into hysterical laughter as well.

And although I felt bad for the humiliated man and his son, for many years after, Jim and I would break out in laughter whenever we recalled the incident, and especially the look on the unfortunate man’s face, as we drove over and destroyed his fashionable topper. (Who knows, maybe his insurance covered it) 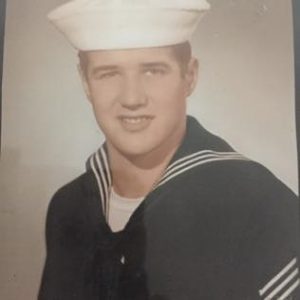 My best friend Jim. He was a hoot!

You are welcome to share Joe’s stories, please acknowledge him or his guest writer when applicable as the author. All rights reserved © Joe Campolo Jr.