The most important thing about a problem is not it’s solution, but the strength we gain in finding the solution.   ~Seneca 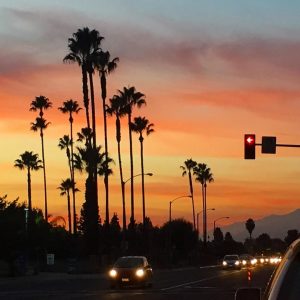 In 1971, after two and a half years of military service, including one year in Vietnam, I landed a pretty cushy gig at March Air Force Base in Riverside, California. There, I would finish the remainder of my four-year Air Force commitment.

Now a Staff Sergeant, I was given a desk job in an air-conditioned office..filled with women no less! And as an E-5, I would soon be paid to live off base in the quarters of my choosing. (Within the compensated budget)

Southern California was great duty, with access to the mountains, the desert, the Pacific Ocean, Las Vegas and Mexico. There was never any shortage of nifty places to visit.

Before I moved off base, I lived in the barracks for several months, with all of the highlights (and lowlights) that barracks life entails. Inspections, loud neighbors, boisterous parties, and the occasional brawl.

Our barracks was conveniently located right across the street from the NCO (Non-commissioned Officer) club and pool. That worked out great for those of us who liked to take a swim and have a refreshment or two after our daily duties were complete.

However, things were not as smooth as they could have been. During the late sixties and early seventies, the U.S. military was reeling from the double-edged sword of the Vietnam War and the Civil Rights Movement. Both of those entities challenged the military as it never had been before. And it would take years to recover, but it eventually did. 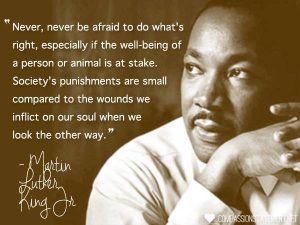 Back at March Air Force Base, the civil rights movement was playing out in full, as black power flew in the face of the “old guard”. There were problems aplenty and the upper brass wanted solutions. I was one of about two dozen members of our squadron placed on a race relations board. Meeting once or twice a week, we were supposed to be working on a long-range plan to establish procedures on handling racially sensitive issues. In reality we spent most of our time settling petty squabbles between two hostile groups. It was frustrating and soon became tedious.

Outside one end of our barracks there were a bunch of tree stumps that hadn’t been ground down or removed. The stumps actually provided a set of natural outdoor furniture, so black members of our barracks adopted this area as their hangout. They would be out there every day, late afternoon and into the night, partying, shooting dice, playing chess, executing the “dap” and of course doing “the dozens”.  The dap was a movement ritual that blacks made when greeting each other. Sometimes these greetings would take several minutes to execute. The dozens were an insult routine, that blacks would do with each other, to pass time. Both of these activities often made white people uncomfortable.

Some of the white members of our race relations board were invited to the Stump Gang festivities. I was one of those invited, and visited the Stump Gang more than a few times, before I moved off base in the summer of 1971. And I thoroughly enjoyed my time with the Stumpers, there was always plenty to drink, great music, stimulating discussion and some damn fine barbecue.

I didn’t always agree with the opinions of the more radicalized members of the group, especially the ones who advocated violence, but I empathized with many of their issues. The radical members were kept somewhat in check by the “leaders” of the Stump Gang, who earned their positions through experience, achievement and personality.

Three or four seasoned NCO’s were those unofficial leaders of the Stump Gang, and of that group, Staff Sergeant H. Slaughter topped the list. A quiet, thoughtful individual, Slaughter also had charisma. He had done his time in Vietnam, and the other senior men in the gang looked up to him. Like me, Slaughter was just marking time until his discharge, and like me, the Air Force seemed to spend an inordinate amount of effort getting him to re-enlist. Apparently, they enjoyed the challenge. (They were unsuccessful in both cases)

One of the rituals performed by the Stump Gang landed them outside the good graces of the upper brass. Everyone who drove or walked by the barracks was greeted with an extended middle finger. Though intended to be a harmless, inane gesture, it did not sit well with much of the “establishment”. I was uncomfortable using it, and only participated in the ritual when I was absolutely sure no uppity ups were on the receiving end. (I antagonized the upper ranks enough without adding that to the pile)

But a funny thing happened during those afternoons and evenings at the stumps. As the dozen or so whites interacted with the blacks in the Stump Gang, the two groups came to have a better understanding of each other. And through that better understanding, word got around, and after a time, procedures based upon mutual respect and understanding were written by the race relations board. There, while off duty and at leisure, solutions to racial disharmony availed themself, and those solutions were passed along to the rest of the squadron, and to the base.