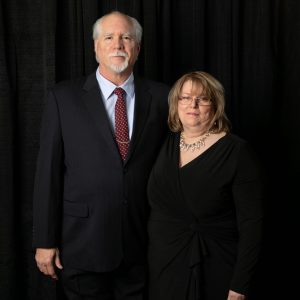 Steve and his wife Janice make their home in Kenosha, Wisconsin

Steve has a published book, Underway, which is a nicely written telling of his Naval adventures.

Steve provided a Christmas story for us, reaching back to his holidays while serving.  I believe you will enjoy it.

Christmas is a time of year where families get together, exchange gifts, share food, and enjoy each other’s company.  When you are in the military that doesn’t always happen according to plan.  And even though I was never in a foxhole eating C rations during this wonderous time of year, my schedule was definitely impacted by my service.

In 1969 I had just finished boot camp and was waiting for Fire Control Technician “A” School to begin.  I was stationed in one of the “new” barracks at the time and didn’t have much to do.  I remember staying up Christmas Eve until 3 AM shooting pool with others in the barracks.  I slept until 9 AM, walked to the base mess hall for breakfast, and then returned to the barracks to spend Christmas washing my clothes.  Memorable, but not necessarily in a good way! 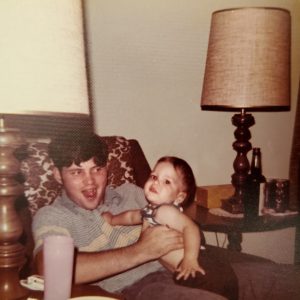 1973 found me near the end of our Mediterranean deployment.  We were in Valencia, Spain at the time.  The crew had gathered with family members who had flown over to join them on the mess deck on Christmas Eve.  I had won a cheesy horn at one of the carnival booths so with very off-key flourishes I led the assembled group in Christmas carols.  The acoustics in a destroyer mess deck leave a lot to be desired but we sang with feeling.  I don’t remember what we did on Christmas Day but it probably involved eating and consuming mass quantities of alcoholic beverages. 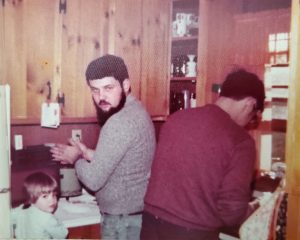 1975 we were back in our home port of Charleston, SC.  My wife Janice and I invited some of the single guys from the ship over to our house for Christmas Eve.  Two of my very good friends made cookies and drinks while I made a cheese fondue.  Now, my culinary skills never developed into anything more than making toast, so when I read the recipe needed a “clove” of garlic, I thought that was the whole thing.  WRONG.  That was a “bulb” of garlic composed of several cloves.  Everyone raved about it though and there were no sightings of vampires in a three-county area that night!  And it was a special night spent with my Navy family, my wife, and my 2-year-old son. 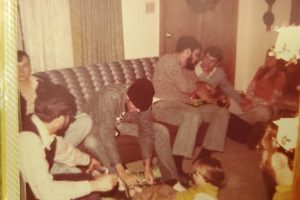 1977 found us in Great Lakes, IL.  I was in my second year of teaching the Mark 68 Gun Fire Control System at the base and was supplementing my income by working part time at Victory Hospital in Waukegan as a guard.  I had the 3rd shift at the hospital on Christmas Eve, so I had to leave our annual extended family party at our grandmother’s house early to get to the hospital by 1100 PM.  I dragged my tired butt home at 7 AM Christmas morning, opened presents with the kids (we now had a 1-year-old daughter as well), and went to bed.  Got up and went back to the hospital for 3-11 PM shift. 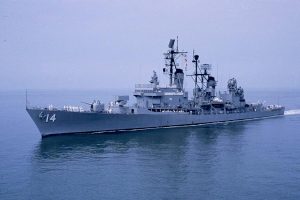 One of Steve’s “Tin Cans”

So, my Christmas holidays between 1969 and 1978 were varied but always interesting.  When I wasn’t with my biological or married families, I was surrounded by my shipmates.  They helped make the holidays merry and bright.  Wherever life finds you, may you find the joy and peace of the season.

Share this…
◀ The Old Coal Furnace – (Published in Happenings Magazine SmartReader 11/18/2021)
Some Musical Performances I Have Enjoyed – A StoryWorth, Story from Grandpa Joe ▶