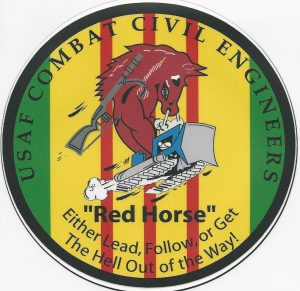 By 1967 there were ten United States Air Force bases in South Vietnam. The bases were developed rapidly, constructed by the USAF Red Horse division, with assistance from several other interservice units. The bases were originally protected by Army and Marine units dedicated to that function. However, as the war escalated the Army and Marine units were drawn into more active combat roles. This left the defense of the bases, that were susceptible to mortar and rocket attacks, to each individual air base. 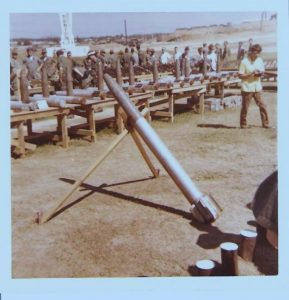 As each year passed, more and more attacks were levied against the large airbases. South Korean infantry units, such as the Tiger and White Horse division, were enlisted to assist with the airbase defense. But it was not enough, and the beleaguered Air Force Security units were stretched to the limit, in an effort to protect the bases and their mission.

Many of the airbases developed a plan to augment the security forces with members of other Air Force units. These men were called “augmentees”, or auggie doggies, as they were known. The positions were partially voluntary, and partially assigned. After 1967, many Air Force men on their way to Vietnam spent two weeks at Hamilton Air Force base in California. While there, U.S. Army infantry NCO’s gave them a refresher course on the M-16, and a crash course on the M-79 grenade launcher, along with some defensive infantry tactic training. I was one of the airmen who received this training before I left the States for Vietnam. Other augmentees got a crash course in weapons and infantry training in Vietnam. These were provided by base security forces.

My experience as an “auggie doggie” lasted one night, after which I was sent on a field trip through the 1st and 2nd military corps of South Vietnam in search of supplies and equipment that we, at Phu Cat, were short of. After a few weeks of that duty, I was drafted into flight status flying around the same general area, loading and unloading cargo aircraft. (Reference my blog article “Flying the Friendly Skies of South Vietnam”)

Guest writer Dave Wagenblatt and I arrived and left Vietnam at the same time, and became friends during our time there. In addition to his regular duties, Dave became a dedicated Augmentee.

Here is Dave’s recollection of those duties, I believe you will enjoy them. 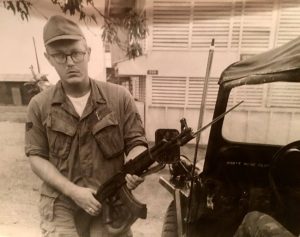 I arrived in Vietnam in January of 1970, assigned to the 637th Tactical Support Group, to work in supply. My friend Joe Campolo mentioned augmentee volunteers were used to supplement security for the Phu Cat Airbase perimeter. Phu Cat was located in the Central Highlands of South Vietnam, in Binh Dinh province. An area with very heavy Viet Cong (VC) and North Vietnamese Army (NVA) activity.

I was actually volunteered by a higher-ranking member of my squadron, who knew that I was interested in becoming an “auggie doggie”. Before arriving in Vietnam, I was assigned to the Air Force Communication Service (AFCS) with the 4th Mobile Communications Group at Altus, Oklahoma. We worked hand in hand with the U.S. Army, setting up communications for field air bases. Training for that required attending a combat survival school in the Wichita Mountains at Fort Sill Army base.

I enjoyed that duty, especially during training exercises where we were required to approach other units undetected. This training served me well in Vietnam, when I performed augmentee duty, protecting the base perimeter. In Vietnam we trained continuously with our M-16 and other weapons such as the M79 grenade launcher. We also trained on the M-60 machine gun as well as the use of hand grenades.

The grenades were something I had not trained on previously and was nervous as a cat at first. I was very surprised at how they actually functioned, and sounded. After a tossing several in training, I gained a real respect for the grenade. No John Wayne stuff for me!

We also had to learn some basic Vietnamese language phrases such as “Dung Lai” (Stop) and a few other phrases to help us interact with the Vietnamese.

My first assignment as an augmentee was very interesting, and for me as a rookie…intense.  I was assigned to a “fox bunker”, given 270 rounds of M-16 ammo, two slap flares, a walkie talkie and, most importantly, the days password. 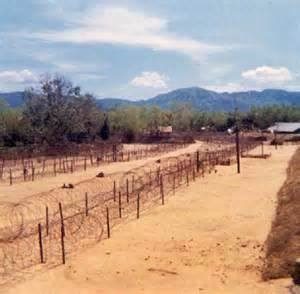 My fox bunker was right next to the runway, about 20 feet higher in elevation. My Fort Sill training served me well, allowing me to take advantage of the best position for concealment, on the well-lit runway. I couldn’t see any other bunkers, but did have a good view of our Agent Orange scoured perimeter, with it’s rolls and rolls of concertina wire.

Within a short-time I noticed a person approaching with a dog. The dog detected me and alerted the person it was with. I hollered “Halt” in both English and Vietnamese, before realizing it was an Air Force Security member and his K-9. Upon recognizing each other, we were both relieved, and happy that all of our training came in handy. The rest of the night was uneventful except for the taking off and landing of F-4 Phantom fighter jets. Occasionally an illumination flare fired from the mortar pit would detonate over the area, providing an eerie daylight condition. 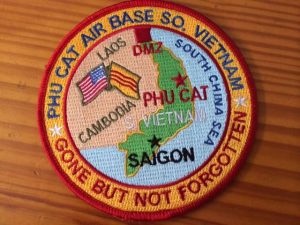 During my time at Phu Cat, I had many more experiences as an “auggie doggie”. I am proud of my duty in Vietnam, and proud of my contribution to base security at Phu Cat airbase.

Dave and his wife currently live in Bixby, Oklahoma. Dave is an outdoor wildlife photographer, his very popular work can be seen on his Facebook page and his website: