How life has changed since I was a child

I’ve been writing a story every week for StoryWorth. I was gifted a StoryWorth account at Christmas time and have been posting one story a week in it. At the end of one year, I will have a book put together containing all the stories. How life has changed since I was a child is the latest one. 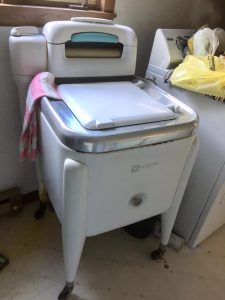 Mom had one. You had to watch out you didn’t get your hand caught in them.

Life has changed in many ways since I was a child. When I remember my early childhood, I think of iceboxes, radio shows, bicycles for transportation and the canning of vegetables. We had no automobile, telephone, television or refrigerator, during my very early years. We gradually got all of those wonderful conveniences, but managed without them for quite a while.

Financial practices were much more frugal back then as well. Buying on credit, other than a home mortgage, was not something that was common. If you wanted anything, you “saved up for it”. There were no credit cards either, and personal checking accounts were not in use with many during my very early years. You paid with “cash”, or you went without.

There were literally no fast-food restaurants around during those times. And dining out anywhere at all was very uncommon, something regular folk would only do on rare occasions. All meals were prepared and ate at home, or with relatives and friends. 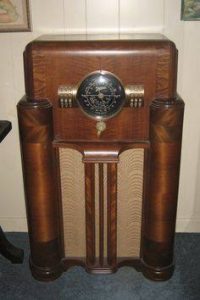 The old Zenith radio. We’d sit around in the evening listening to our favorite shows. (Before we got our 1st tv)

Early radios and tv’s were powered with the aid of large vacuum tubes. The quality of these devices was poor. I remember our early tv’s always being “on the fritz” with some problem or another. My dad knew just where to whack the tv to get the picture to stop rolling. Miniature circuitry revolutionized the electronics industry and ushered in computers and the space race. 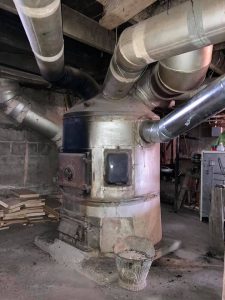 Our coal furnace was an early childhood nemesis

We also had a coal furnace in our home up until the early 1960’s. The coal would be brought in by a large dump truck and the coal would be sent nosily down a metal chute into our coal bin in in the basement. Cold winter months, my older brother and I would bicker over who’s job it was to clean out the clinkers and shovel the coal. And there was always coal dust everywhere in the basement. (My mother hated that!)

When my dad did eventually buy a car, it was an old clunker that required repair on a constant basis. Automobile tires in those days were of poor quality and fixing flats was almost a weekly adventure. The early tires all had inner tubes that had to be patched and put back into the tire with much difficulty to the accompaniment of plenty of strong language. Starters went out on a regular basis as well. My dad had an old tree stump that he used to hold his cars up after jacking. The stump was completely soaked in various auto fluids and probably will have to be held in a hazmat facility for five thousand years or more.

With no personal computer, game boys, cell phones etc., we entertained ourselves with board games and playing outside. Parents shagged the kids outside and called them in for lunch and dinner. After dinner we played outside games until dark. Evenings we would sit around our old Zenith listening to radio shows. (And later around the tv)

Similar to the Covid pandemic, polio was a source of illness and fear in my early youth. I recall a school mate and my 2nd grade teacher both being debilitated by the disease. Thankfully, the Sauk vaccine put a stop to polio, when introduced in the mid 1950’s. 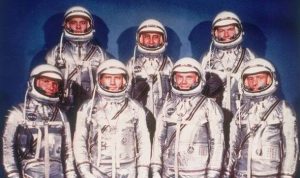 Exploration in outer space began during my childhood. Through the years it was exciting to follow the sputniks and satellites launched into space, followed by manned flights.

I lived during two wars in my younger years, The Korean War and later the Vietnam War, of which I was a participant. I always hope my family will not have to experience any more wars.

Many things are different now compared to when I was a child. But new inventions, exciting activities and sometimes difficult challenges await every generation. We always manage to learn, thrive and enjoy life.