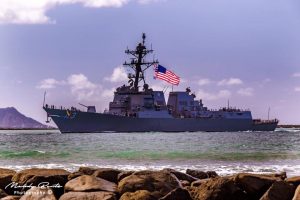 Steve has a published book, Underway, which is a nicely written telling of his Naval adventures. Steve has authored two other guest posts on my blog, both of which have been very well received.

I, like everyone else in the military went through various forms of initiation during my four years in the USAF. The FNG (new guy) is always put through the ringer. Steve’s latest guest post, Initiations, fills us in on some of the rights of passages for sailors in the U.S. Navy. Please enjoy Steve’s story.

Like most groups, there is a period where the new person is introduced to time honored ways to provide inclusion into the associated gang.  Gangs onboard ships are the various operating groups, like boatswain mates or snipes.  The Navy was absolutely no different in that regard.  New sailors are sent on various errands or assigned tasks which don’t really exist.  I’m going to cover a few I’m aware of, although the complete list is MUCH longer and sometimes far more devious! 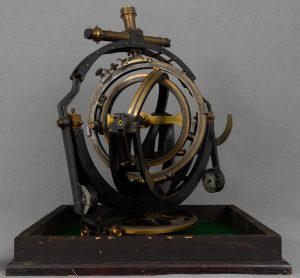 Some, but not all Naval tools were precise instruments

Relative Bearing Grease: a uniquely fire control task, the seaman is asked to get a container of relative bearing grease for the gun (or missile) director.  I’ve heard someone actually created a can with a made-up label to portray this, but by and large it doesn’t exist.  Relative bearing is a part of the fire control problem, representing the angle between the ship’s forward movement and the location of another object.  For example, if you are sailing straight ahead and another vessel is directly to your right (or starboard) it would have a relative bearing of 090 degrees.  And while the director does require lubrication, it isn’t called relative bearing grease.  So the seaman has to run all over the ship to see where he can get some.

50 feet of chow line: when waiting to eat, the crew is lined up from the mess deck to somewhere else aboard the ship.  It could be internal passageways in inclement weather or back out onto the deck in nice weather.  This is called the chow line.  This classic sends our poor seaman off to find “chow line” to define how the sailors are supposed to queue up.  Of course, not just any line (or rope) will do!

Mail buoy watch: Mail was delivered to your ship in large canvas bags, carried across the quarterdeck, delivered by boat, or dropped in by helo while underway.  While at anchor overseas, our target would be assigned a mail buoy watch.  They would stand on the fo’c’s’le (forward part of the ship) wearing a Mae West (life jacket), full working uniform, a sound powered phone setup (which wasn’t connected to anything) and carrying a long pole with a hook at the end.  Their instructions were to watch for the mail buoy to float by and catch it with the hook.  Then, they would call up to the bridge (or at least try to) and report they had snagged it. It would be explained to them the vital necessity of catching the buoy because everyone on the ship would be waiting for mail.  Missing the buoy would viewed very dimly.  This was an especially onerous task in inclement weather or a thick fog.  But of course, there were NO mail buoys out there to catch, so the watch was simply a vessel to provide comedic relief for the rest of the crew. 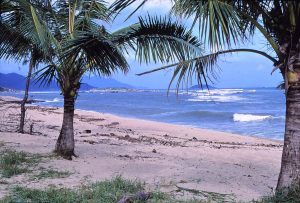 100 feet of shore line: when you arrived at a port and were going to tie up to a pier, you needed lines to secure the ship to the pier.  In this initiation the seaman (usually a bosun’s mate striker) would be told to get ready to tie up by going to fetch some length of “shore line”.  Without it the ship would drift off and no one could go ashore for liberty call.  You can guess what that would mean to the crew.  So off they would go, desperate to find this elusive material.  Everyone else on board knew shoreline was the defining point between the water and the land, but our poor sailor didn’t.

Box of radar contacts: what good is a Fire Control system without radar contacts to track?  When doing testing, the new shipmate would be sent out to get a box of these to plug into the system. These, of course, don’t exist in box form – you need to find them with the radar system in real life.

Box of fallopian tubes: advanced radar systems (back in the ‘70s anyway) needed special vacuum tubes to operate properly.  These tubes were required for the proper operation of the system and were generally hard to procure.  A good initial sell job of the importance of fallopian tubes for the radar was required to produce hours of good-natured fun.  In reality these are actually a critical component of the female reproductive system, but newly minted seamen aren’t well versed in human biology!

We’ve given you a primer course in new shipmate indoctrination in the ‘70s.  Some of them are probably still in use today and I’m certain our current Navy has some interesting new twists. If you run into someone in cracker jacks, dress whites, or blue camo uniforms, ask them about it!

Steve’s book Underway! can be purchased on Amazon.