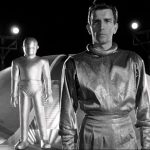 One segment of the show involved a husband and wife team, both scientists, who have devoted their whole life to finding signals from intelligent life outside of our planet. I was struck by how excited they became over the slightest little signal that held any promise of originating from an alien life form. And the fact that each incident they discussed led to nowhere, did not discourage them in the least. Personally, I don’t hear from someone in a couple of weeks, I unfriend them; but hey, that’s me.

In one incident this Ozzie and Harriet Jetson spent days chasing down a promising signal which appeared regularly around noon every day. It turned out to be originating from the microwave oven in their break room. I fear these people will go to their grave without a trace of the evidence they are looking for. Perhaps as a mercy, someone could record the noise from an MRI machine and send it to them followed by a letter from the planet Zing in the Orion galaxy. They could then die in peace. 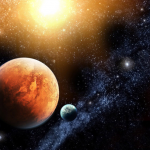 Another segment of the program has a group of scientists attempting to solve the puzzle statistically. Based upon the size of the known universe, the age, the number of galaxies, planets etc. they came up with a whole bunch of impressive numbers. According to their calculations in the Milky Way galaxy alone, there should be ten thousand different sources of intelligent life. Now with ten thousand different intelligent life forms in the Milky Way, banging away sending signals, making all kinds of racket, you’d think we’d need Barney Fife on call twenty four hours a day to chase down all these noise offenders. I’m calling horse feathers on this one. 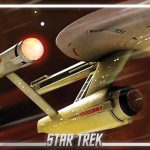 Beam me up buddy!

Now before you get the idea that I’m a non-believer, let me set the record straight. I believe that out there somewhere, there are probably thousands, if not millions of other life forms. How intelligent? Well, that remains to be determined. If we are to believe a certain segment of our society who claim to have been contacted or abducted by aliens from another planet, why I’d have to say these alien life forms just may not be the sharpest knives in the celestial drawer. 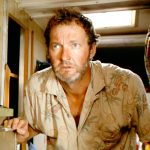 So far they’ve only contacted a “select few”.

If I’m going to visit someone from another planet, I’d probably want to see one of their scholars; a professor, or person of authority perhaps. I would not choose to pick the brains (or abduct) members of their society who wrestle their equivalent of alligators, run their moonshine stills, or breed within their own freaky family. But hey…..that’s me!

Now when it comes to beckoning or even welcoming alien life forms to terra firma, I’m firmly in the Stephen Hawking school of thought on this one. Hawking believes that any intelligent life forms who visit our planet are probably not here to have Thanksgiving dinner with us;(unless perhaps, we are on the menu) much less share their technology or their position on universal peace and brotherhood. 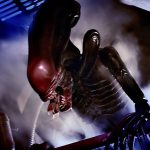 I don’t believe we can assume they will be friendly.

Based upon our own species here on earth, both man and animal, I’d put off contact with them as long as possible. All living species on earth are driven by the urge to either consume or take over the other guy and/or his resources. Hence, the most likely purpose of a visit from an alien life form is the quest for new booty. And, as Hawking points out, if they’re smart enough to get here, they’re way as hell smarter than we are and will go through us faster than Oliver Hardy taking down a rib roast. So let’s not go looking for trouble, shall we?

Now another theory of mine, and I must point out I did not consult with Hawking on this one, is that maybe…..just maybe we are first. Perhaps millions, maybe billions of intelligent life forms will follow in our footsteps; BUT at this time we are all by ourselves, just us; Numero Uno, if you will.

And guess what, until one shows up…..I’m right!