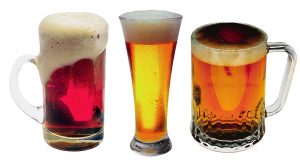 Many Kenoshans who came of age during the sixties and seventies well remember the old Kenosha teen bars. The teen bars were taverns that allowed eighteen-year-olds to drink beer, at a time when the legal drinking age was twenty-one.

Hearing tales about the teen bars from early on, we couldn’t wait to turn eighteen and tear out there ourselves. Most of the teen bars were located out in the county, I guess they didn’t want us hooligans terrorizing the inner city with our antics.

As memory serves me, there were about six active teen bars during their heyday. Some were around for many years, while others lasted just a few. Although most of us hit all of them at one time or another, each one catered to a different crowd and we all had our favorites. 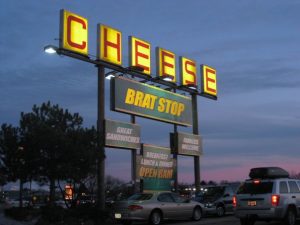 The Brat Stop was one of the most popular teen bars. A larger facility which served food as well as beverages, it boasted an excellent location on highway 50 right off of I-94. Back then, everyone called it Rasmussen’s. (After the owners) Young people from Illinois and Milwaukee also flocked to Rasmussen’s, it was a pretty generic crowd. The Brat Stop is still in business today, offering food, beverages and cheese packages. After two significant fires, it has the feel of a roller-dome with it’s mostly cement and steel make up, but it’s still a fun place to visit.

Just down the road from Rasmussen’s was Dick’s bar. Dick Dibble, an old Kenosha tavern owner, ran the small establishment just off the frontage road, about a mile south of highway 50. Dick’s was known as a “collegiate” hang out, quieter and more subdued than most of the other teen bars. (Which rarely saw subdued in their descriptions) Dick’s bar is long gone. 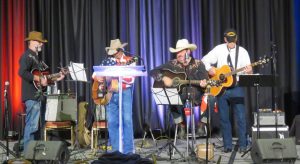 About two miles south of Dick’s, also on the frontage road, was The Chaparral. “The Chap” had a Country & Western flavor and was probably number two or three on the “rowdy” list. They occasionally featured live music, again, usually C & W or rockabilly. The Chaparral closed down long ago.

Now closer to town, just off of Highway 50 and Highway C, sat Earl’s Club. Earls transitioned into a “regular” bar and was in business up until about twenty years ago. Earl’s was another bar where you could get into a “dust-up” pretty easily. My friend Carl’s uncle, Earl O’Hare, was the proprietor, so we always got good service there. Being the closest to town, it was the most convenient and probably had the fewest pile ups by alcohol fueled teenagers trying to find their way home.

Rasmussen’s, Dick’s, The Chaparral and Earls were probably the most popular of the eighteen-year-old beer joints. Another teen bar I remember was called The Pit and was further out in the county. Further out in the county meant more gas money and more chances of a pile up coming and going, so it wasn’t on our weekly hit list. What I remember most about The Pit, it always seemed to be wall to wall dancing. (Nice chick hangout) The Klondike was another bar out in the county, where our group had a few adventures and misadventures as well. 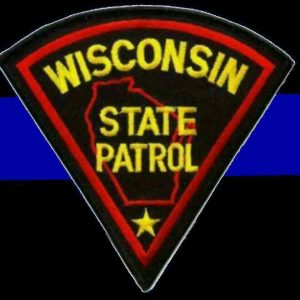 Now there’s a few other bars that I remember, but don’t recall if they were teen bars or not. Shakey’s Pizza on highway 31, where Baker’s Street now sits, served eighteen-year-olds beer, I believe. Another bar, ill-fated though it was, was called The Thirsty Eye and sat right next to Mars Cheese Castle on I-94. The Thirsty Eye was a pretty rough joint, and a frequent target of our local law enforcement agencies, who had to visit it on a nightly basis to quell problems. As fate would have it, one day during a storm, strong winds blew the huge Mars Cheese Castle sign down, and it landed right on top of The Thirsty Eye. No one was in it at the time, fortunately, as it was totally flattened. The local authorities took it as a good omen and never allowed The Thirsty Eye to be rebuilt.

We had a pretty good time at those teen bars, back in the day. I don’t know how we survived all those wild rides home, but most of us are still around to talk about it.

**This article is dedicated to The Shelby Raiders, including my brother John, friends Dick, Gary, Crab, Peps & Os. And also to friends Jim, Joe, Carl & Ronna, Dale and George.