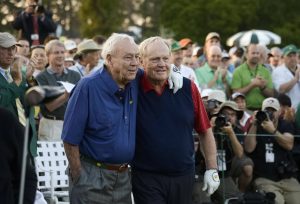 I’ve met my share of celebrities over the years. Living in Southern California for a time, as well as a life of travel seems to have brought me my share of opportunities in rubbing up against some of the rich and famous.

I met Elvis Presley in 1971 in Dick Dale’s bar outside of Riverside, California. Elvis and Dick Dale were friends and he happened to be in the small bar the only time I ever went there. He shook my hand and gave me a “Hey, how ya doin”. When I tell people about that encounter some are flabbergasted and ask for MY autograph!

I met Jesse Jackson in, of all places, Copenhagen, Denmark in 1996. I was on a business trip for the company I worked for at the time and Jesse was at an international symposium for humanity….or some such conference. We were staying at the same hotel and I bumped into him in front of the hotel when I was returning from some night entertainment. I introduced myself and told him I was from Kenosha, Wisconsin, just north of Chicago. “Wisconsin…I know where that is” Jesse said as he shook my hand.

I also met Susan St. James, Artie Johnson, Little Richard, Joe Louis and a few other celebrities of note, and some of not so note. The recent passing of Arnold Palmer brought to mind my encounter with his good friend and golfing buddy, Jack Nicklaus. 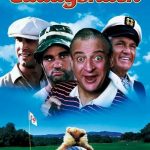 Some years ago I worked for a company called Jacobsen Textron. Jacobsen was in the business of making turf care equipment. They specialized in servicing the golf industry. One piece of equipment they offered was a small utility vehicle for use on golf courses. A problem with the utility vehicle surfaced when Jack Nicklaus called. The vehicle was designed for power, and as such was robust; but noisy. Nicklaus reported that golfers on the courses he was involved with were complaining about the excess noise. A team at Jacobsen was formed to address the problem. I was assigned to the team to represent the purchasing department, which was responsible for the procurement of all purchased components for the vehicle; the gears being among them.

The problem turned out to be an engineering design. The gears on the vehicle used a common straight or spur gear set, which although robust transmitted a significant amount of noise. The engineers on the team designed a new gear train which used helical gears. Helical gears were strong, quiet…and costly to manufacture. The supplier was given the new design and came back with a long lead time for delivery of the new gears. The orders were placed and management was advised of the status.

Not more than a couple of weeks passed before Jack Nicklaus called the president of Jacobsen, Dick Miller. The two were casual acquaintances as a result of their business interaction. Nicklaus wanted to know when those new gears for the utility cart would be ready. Miller told him it would be several months, but promised to do everything he could to get the product in as soon as possible.

This did not placate Nicklaus for long, as he was soon calling on a weekly basis. On one particular day Dick Miller had enough. He told Nicklaus he could speak directly to the person responsible for the purchase of those gears. Sitting in my cubical at the time I answered the ringing phone.

“Is this Joe Campolo?”

“This is Jack Nicklaus, when the hell are we gonna get those new gears for the utility cart?”

Pausing for a second, I suspected one of my department buddies was pranking me as we had been known to do from time to time. “Bernie?” I asked.

From the phone; “Who’s Bernie?”

I wasn’t convinced. “Bernie, don’t mess with me.”

Now another voice; “Joe, this is Dick Miller. Jack here would like to know what we can do to get those darn utility cart gears in quicker.”

Recognizing Dick Miller’s voice, I stammered a bit. “Uh, well, we’ve been pounding on the vendor pretty good, but let me call again today and see if I can hold their feet to the fire a bit.”

Nicklaus jumped back in; “That would be great Joe, see what you can do. Dick, keep me posted on this.”

“Will do Jack. Joe, call me as soon as you get an answer.”

I informed the head of our department of the call from Miller and Nicklaus and we then called the gear manufacturer. We explained the circumstances and they got a pretty good kick out of it.

“For Jack Nicklaus, we will cut the lead time down to four weeks.” They told us.

We didn’t call Dick Miller back right away however; we waited until the next afternoon. We didn’t want him to think it was that easy, otherwise pulling rabbits out of hats would be expected on a regular basis. When we did call he was pretty happy; we got a few nice “att-a- boys” out of it and the utility cart gears were henceforth known far and wide as the “Nicklaus gears”.

Share this…
◀ Radio show guest; Empress of Biz
Tommy and the Turtle ▶