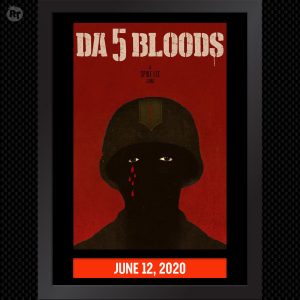 Film producer Spike Lee has jumped into the Vietnam War genre with his film Da Five Bloods, now featured on Netflix. I was asked to share my thoughts on the work, so keeping in mind I am far from unbiased or a professional film critic, here are my thoughts on it.

The film is entertaining, and brings to light racism and the roll of the black GI during the Vietnam War. For those who may doubt racial problems existed among the troops, I need only point out the long period of rioting which occurred in the Long Binh jail complex during 1968. And as the war dragged on, racial conflict worsened. 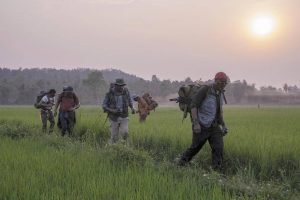 return to Vietnam to find the remains of their beloved squad leader, another African American. The plot gets a bit hazy, however as the four friends determine to find and plunder a lost gold shipment, which was on an aircraft earmarked for payment by the CIA to Mountain tribesmen who were assisting the U.S. in their fight against the Viet Cong.

The plot seems clear, but gets somewhat muddled as the film moves along. Some of the sub-plots are sketchy, i.e, a group of people who are already in Vietnam locating and defusing land-mines interact with the main characters throughout the film, but Spike had a little trouble determining if they were “good guys” or “bad guys”.

A real plot gaff involves a Vietnamese woman who was the former lover of one of the main characters. When they meet upon the man’s return to Vietnam to find his friend, the woman appears to be around forty years of age, although she would in fact be in her late sixties (or older) in reality.

Spike’s film also adopts a familiar theme from old American western movies. During several shootouts with local thugs attempting to wrest the gold from the men, our main characters are repeatedly outnumbered by the thugs. But, like the old westerns where the cowboys always hit their targets, and the Indians were mowed down like wheat, Da Bloods take out dozens of thugs, through hails of bad guy gun fire, while taking minimal casualties of their own.

And while our protagonists are wandering around in the jungle looking for their dead comrade and/or gold they are at once very cautious to the danger of land mines, and the next minute waltzing around as if at a Saturday night barn dance.

In another “oh come on” moment, one of our protagonists discovers the burial sight of the long lost comrade, at the first place he digs.

Near the end of the film, the protagonist carrying the most personal baggage gets bitten by a Southeast Asian pit viper. At first he predictably writhes in pain, but makes a miraculous recovery, seemingly back to normal within moments of the incident. 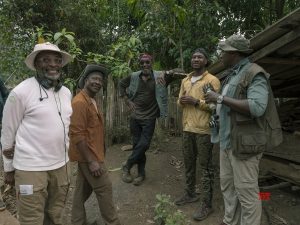 There are other issues which the casual observer will no doubt catch, Spike  was at once over ambitious in reach, and a bit sloppy in content editing. But overall Da Five Bloods is entertaining, with some solid performances and a story line long overdue.

If I were Gene Siskel I would charitably give it a C-.

Copyright protected, all rights reserved © Joe Campolo Jr, feel welcome to share Joe’s blogs, in their entirety, crediting him as the creator