Going to the mountains is going home 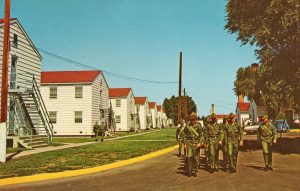 Lowry Air Force Base, back in the day

In 1968 after completing basic training in Amarillo, Texas the US Air Force sent me to Lowry Air Force Base just outside of Denver, Colorado for technical training. From Lowry, I would go on to spend one year at Grand Forks, Air Force Base in North Dakota, (cold and boring) then thirteen months in Vietnam,  (hot and hazardous) with the remaining eighteen months of my four year commitment spent at March Air Force Base in Southern California. (Hot but enjoyable)

Being 1968 at the height of the Vietnam War, all branches of the U.S. military were ramping up. After my arrival at Lowry, I was put into a P.A.T.S. squadron. (People awaiting Tech School) There were not enough instructors, classrooms or hours in the day to process all the troops going through, so while in PATS, we spent our time cleaning latrines, performing KP, policing up the grounds and any other detail that could be dreamt up to keep us busy day to day. Some of the men waited over two months to get into the regular training schedule. I waited about three weeks. 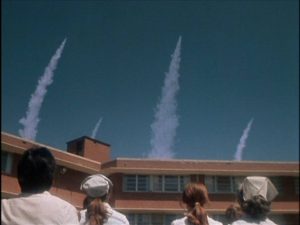 Missiles being launched from their silos…planning for the unthinkable

One detail, which I was fortunate enough to land on, was called “Ammo Guard”. It actually involved a three day stay at one of the remote, but shuttered missile silos in the area. Though designated as obsolete and replaced by newer and more lethal weapons systems, old missile silos were kept intact and under guard, however, with all of the missiles and personnel removed.

The logic in making them appear active, was to mislead Soviet satellite surveillance. Another reason was to avoid the huge cost and manpower requirement needed to dismantle and remove the operation.

The missile system I was assigned to was about one hour away from Denver, by motor vehicle. Once there we were given a briefing, then a complete tour of the facility, which consisted of about six stories underground. From the outside, it was hard to tell that anything of significance existed there.

The innards of the facility, though empty and stark, were quite impressive, with elevators going to the various levels. The complex consisted of several conference rooms, control rooms, living quarters, and of course the huge foreboding silos themselves, which once housed multi-megaton nuclear devices. Surprisingly, only one Air Policeman was assigned to the unit, and he worked a three day shift; most often being the only living thing in the facility. 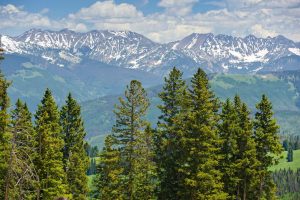 The silos were tucked away in pristine beauty

There were six of us on the detail and after the Air Policeman’s briefing and tour we were issued M-16 rifles and sent back outside for target practice. After target practice, we were given free reign to do whatever we liked, so we split up into two groups and went hunting. Surprisingly, the Security policeman on duty locked the gate and went hunting with us. The first day we didn’t find any game, but it was exhilarating tromping around in the high mountain forest and we slept like logs than night. (The Security Policeman had a stash of beer which he shared) 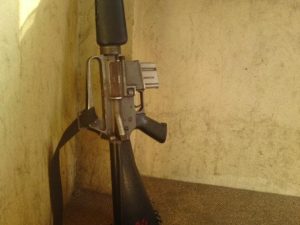 The next morning, we resumed our hunt and the Security policeman, knowing the area and game much better than the rest of us got a nice doe after about two hours. All of us were fired up as we brought the doe into the facility where we dressed and butchered it. We ate fresh venison for the remainder of the three days we were there. After those three days, it was hard to get back to the drudgery of the Airbase, and we missed our mountain retreat.

I was able to pull one more three-day detail at the missile silo, before I went on to my technical training. The second time I was there, a bitter cold spell set in, and tromping around in the mountains with our relatively light field jackets and boots was challenging. High winds kept the game spooked, so we spent most of that detail inside the complex playing cards. But it was still a very good time for those of us assigned to the duty, and I remember it fondly to this day.