Fishing Lincoln Lagoon, Back in the Day (published in Happenings Magazine Smart Reader, 5/6/2021) 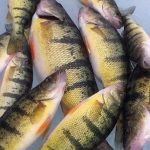 Growing up in Kenosha, Wisconsin in the 50’s and 60’s afforded us many places to catch fish. Of course, our favorite was fishing for perch in Lake Michigan. We often fished the Southport Beach area or the North pier to catch a bucket of those tasty buggers. In the spring we’d catch buckets of smelt at night, using a dip net or a sein net. Those little rascals were pretty tasty also, I could eat about two dozen myself. (See my previous blog articles on perch and smelt fishing) 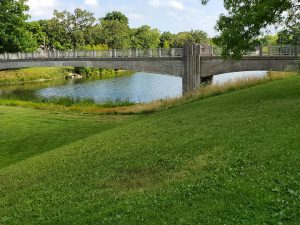 Those of us who grew up on the south side, or the south-central side of Kenosha also had a lot of fun fishing at the old Lincoln lagoon. We’d catch bullheads using worms, or carp using our homemade dough balls. 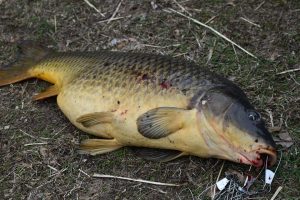 The doughballs were made with flour, salt, warm water and then cured for about twelve hours. You had to use just the right amount of salt and water to get them to cure properly. If not, the doughballs wouldn’t stay on the hook, or they’d break up too easily in water.

The best place to fish in the lagoon was by the “island”. What everyone called the island, was actually a small peninsula that was just off of the northeast end of the bridge. After school, or weekends many of us would be down there jockeying for position on the small piece of real estate. If you didn’t get a spot on the island you had to settle for somewhere on shore, where the fishing wasn’t as good. 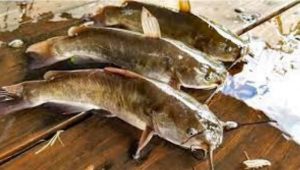 We didn’t eat any of the carp we caught out of the lagoon, nor the bullheads either. We mostly fished it for fun, but my dad would have us bury a carp or two in the garden every year for fertilizer. If you didn’t bury it deep enough the local critters would dig it up and raise hell, after which my dad would raise hell.

Sometimes people would buy our catch off of us. The price for an average carp was anywhere from fifty cents to two or three dollars. Bullheads, if I remember, were a quarter a piece. I made quite a bit of money selling fish I caught in the lagoon. There was a local tavern owner who, on occasion, would come and buy everyone’s catch. He prepared and served them at his tavern. Whenever we were there, we always hoped he would come around because he paid the highest price for the fish, and he would buy them all.

Some local residents, who weren’t so well off, caught the fish to supplement their food supply. One day my best friend Jim and I were fishing on the island and a young woman and her two small children were fishing there also. You could tell that whatever they caught would be their supper.

That day the tavern owner showed up and bought most of the fish off of everyone there. The woman just looked on with envy, as all of those fish were turned over to him. Jim watched for a time, then took our whole catch and gave it to the woman without saying a word. You could tell by her eyes how grateful she was. When Jim got back to where we were fishing, he just said, “that S.O.B. doesn’t have to have every fish in the lagoon”. That’s the way my friend Jim was. A very kind soul.