Years ago while in Air Force basic training at Amarillo Air Force base in Amarillo, Texas one of the classroom subjects we were tasked with mastering was titled “Rumors and Propaganda”. The instructors infused us with a sense of conspiracy; identifying the many different forces tasked with converting recruits fresh out of basic training into the wild world of international espionage. 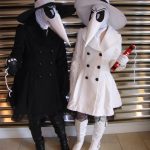 Apparently they were everywhere!

“They’ll come at you from all angles” we were told. Insidious photos of men, looking not coincidentally like Russian and Chinese heavies, were depicted sneaking around and staring at us, just waiting for the chance to find out how we got those hospital corners on our beds so crisp, or possibly how we peeled fifty pounds of onions and one hundred pounds of potatoes in a single eight hour shift. (We could offer little else at this point in our Air Force career) These were secrets, apparently, that desperate commies would go to any lengths to obtain, in order to achieve world domination.

Strangely, after two months in Air Force Tech school in Denver, Colorado, where we mastered the art of drinking 3.2 Coors beer followed by one year of permanent duty at Grand Forks, Air Force Base North Dakota, where we mastered the art of drinking Grain Belt and Schmidt beer, not one damn alien; foreign, or extraterrestrial approached us for any of the top secret information we were burdened with. (So far as I know) Moreover during thirteen months in Vietnam, I am disappointed to say, though they did their best to kill us, not one Viet Cong guerrilla or one North Vietnamese regular attempted to torture anyone in my unit in order to squeeze all of the sensitive information out of our heads.

And then, to rub salt in the wound, after eighteen months at a desk job shuffling paperwork at March Air Force Base in Riverside, California; not once was I abducted to turn over information on even one stinking little document, or even to find out how many beers I spilled at my part time job as a bartender at the local Shakey’s Pizza Parlor. I was quite put out!

The War rages on

Fast forward to the 21st century and the age of the internet. Nothing spreads as fast as an internet rumor; and an internet rumor never goes away, always out there in cyberspace reappearing like an apparition ready to pounce on an unsuspecting audience.  Today’s internet includes many websites, Facebook groups, and pundit articles regarding the war in Vietnam; which also seemingly will never go away.

Probably because of its length and controversial nature; the Vietnam War is fought and refought every day in cyberspace. Every battle, event, and supporting character is scrutinized, analyzed and argued about, day in and day out. And of course; there are the many rumors about the war, which pop up like clockwork on each internet Vietnam War venue on a regular basis; often several times a week. 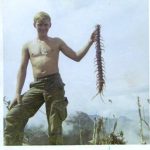 Several of these dyed in the wool rumors involve the wildlife we confronted in Vietnam. (Reference my earlier blog story “The Critters of Vietnam”) One of the worst offenders and one that always irritates the daylights out of me is the “giant centipede” story. A picture of a giant photo shopped centipede makes the rounds at least once a day on some of these websites. The creature appears to be at least 30 inches long having the diameter of a baseball bat. No amount of proof that no such critter exists will stamp this one out. I, among others, have sited articles reporting that the largest centipede in the world is from South America and is about 17 inches long, maximum. A Vietnamese centipede reaches about 12 inches long, but nothing like the monster posted in the picture making the rounds week in and week out. No matter; if there’s a picture of it must be real; Tsk tsk to you non-believers. 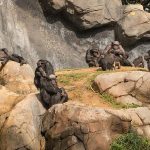 Another mythical creature which appears regularly on these sites are the supposed “rock apes” of Vietnam. Now Vietnam does have vast troops of monkeys which could be a real pain in the backside, however these rock apes appear to be anywhere from the size of a human being to that of an orangutan. Some of the stories claim that the Viet Cong recruited them and trained them to attack American troops who often found themselves surrounded by the ghost like creatures who would then stone them or steal their weapons. Other stories had them positioned in the trees where they would urinate on the American GI’s as they passed, irritating them and causing their M-16’s to corrode. (Perhaps the reason pith helmets were invented?)

A story every GI who served in Southeast Asia has surely heard, relates to an extremely viral form of venereal disease known as “The Black S”. Supposedly there was no cure for it and once you acquired this malady, you were doomed, with no hope. Upon diagnosis you would be shipped off to a mysterious island where you would live out your days with others who had contracted the deadly disease. Your family would be told you were killed in action and that your body could not be found. Some of us referred to this as “Gilligan’s Island.” (Others as B.S. Island) 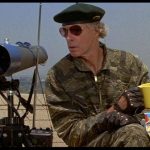 There is no arguing that the U.S. employed Special and Covert Ops during the Vietnam War. Many of these were CIA, some were Tiger Force, others Mike Force along with some I’m not familiar with. And while they did their cloak and dagger stuff very well, for obvious reasons their numbers were limited. However if you visit many of the Veteran’s website or Facebook groups there seem to be an inordinate number of members who were “Special Ops” back in the day.

They usually begin their saga by stating that the missions they carried out were top secret and they are not allowed to divulge any information under the threat of imprisonment and possibly torture we assume. (Apparently with the exception of the sordid details they are now revealing) Some members bite on this baloney hook line and sinker, but most of us have heard it all before and respond with a distinctive YAWN. Once a few tough questions are tossed out, the member usually fades away to internet obscurity until he develops another moniker so he can retell his dashing deeds once more. I always thought it would be fun to collect all of these stories and put together a book on the topic. We could call it “Barney Fife Goes to Nam”; or how about “What I Pretend I Did in the War”. I believe such a book would go right to the top of the charts.

Tell us about your favorite rumor from the Nam; or any other part of the known world for that matter! 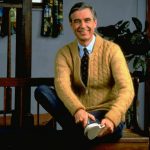 Edit! Since I penned this story, several readers have reminded me about the “Mr. Rogers hoax”. I had completely forgot about that one. Every now and then a story pops up claiming that Mr. Rogers was either a Navy Seal or Marine sniper in the Vietnam War. Of course the truth is the only action Mr. Rogers saw was keeping Mrs McFeely from harming Mr McFeely when she caught him eyeing up Lady Aberlin.