Women of War; Women of Courage….(Published in MWSA Dispatches, Fall 2018)

She’s proof that you can walk through hell, and still be an angel. 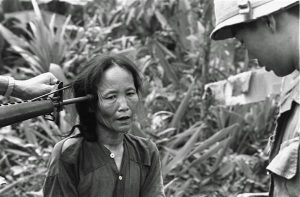 This article touches on the role that female warriors have played throughout history, culminating with the United States War in Vietnam, and a brief discussion on women in today’s military. The article covers some of the more noted women of battle over the centuries and goes over some specific accounts of female fighters during the Vietnam War.

Over time, men have typically bore the brunt of battle during periods of war; however many women over the ions have also stepped up (Or down, whatever the case may be) …to fight for God, family and the homeland. The author acknowledges that female fighters were much more common than he and the average person may have been aware of, and rather than attempting to cover the formidable number of women of battle over the ions, several fighting women of distinction are highlighted here. 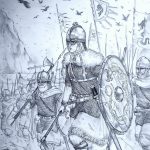 Many barbarian tribes before, during and after the Roman era employed female fighters not only on an as needed basis, but also as modus operandi; standard method of operation if you will. Viking women, for example, routinely wielded the sword, and took part in the raucous victory rituals as well. Women in Native American tribes fought on an as needed basis throughout their history. 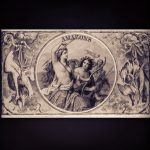 The Trojan Wars, steeped in Greek mythology supposedly took place between 1260 – 1180 BC. The wars, as written, were waged between Greeks and Spartans including one fought over a woman, Helen; who had been spirited off by the Greeks. As legend goes; both the Greeks and Spartans employed female archers known as Amazons. These Amazons were originally from the Steppes of Central Asia and were extremely war like and ferocious. Although the Amazons wielded all weapons at their disposal, they were known for their exceptional prowess in archery. Whosoever employed these archers more effectively often won the battle at hand.

The Trung Sisters of Vietnam

The Trung Sisters of Vietnam, 40 – 43 AD are credited with having driven the invading Chinese out of Vietnam.  Emperor Wu of the Chinese Han Dynasty had annexed part of Vietnam in 111 BC. The Trung sisters grew up in a rural area to a family steeped in martial arts. No wall flowers, when the sisters came of age they studied the art of war and organized rebellion against the northern invaders.

Although initially successful, the Trung sisters and their army were defeated by a huge Chinese army in 43 AD and the sisters are said to have committed suicide by drowning themselves. Despite their defeat and deaths, the Trung sisters became an inspirational legacy which ultimately culminated in the permanent expulsion of the Chinese. 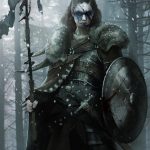 The once mighty Roman Empire ruled over Britain for almost five hundred years; Roman roads, fortresses and ruins are still in evidence to this day in Great Britain, but the Roman reign would not always be an easy one thanks in no small part to Boudica, The Warrior Queen. Records are unclear as to the year of Boudica’s actual birth; however she died in 61 AD. Boudica was born into a royal family of the Iceni people of Britannia, though under Roman Rule. She was reported to have exhibited great intelligence at an early age, and despite being a woman, became an impressive leader of men.

Because of heavy taxation and abuse of the local citizenry, the Romans in Britain had become increasingly unpopular. While the Romans were waging war on the Druids in another part of Britannia, Boudica united her Iceni with another large tribe and with an estimated two hundred and thirty thousand warriors attacked the occupying Roman force. Boudica and her allies overwhelmed and slaughtered between sixty and seventy thousand Romans in a remarkably short period of time. The victory was short lived however, as the Roman leader Suetonius quickly regrouped Roman forces and despite being heavily outnumbered crushed the rebellious Britains, who were then themselves slaughtered like ants. Boudica was either killed in battle or took her own life; neither of which has ever been confirmed, however her exploits live on in legend and folklore.

Female Fighters of Note during the Vietnam War

Over the course of the Vietnam War there were many Vietnamese women on both sides of the hostilities that fought bravely for their family, and their homeland. Here are just a few of them.

Had I known of Ho Thi Que, my dim outlook regarding the outcome of the war might have been different. Que, known as “The Tiger Lady” fought with the Black Tiger battalion of the South Vietnamese Army.  Although she was assigned duty as a medic, her ferociousness in battle was legendary. Moreover, she would attack any South Vietnamese soldiers she found looting or abusing South Vietnamese civilians; an unfortunate practice by some in the Army of South Vietnam. Ho Thi Que wore a pair of .45 caliber pistols on each hip and a helmet painted with the head of a tiger. Tragically, Que was shot and killed by her husband after she attacked him with a knife over his affair with another woman.

A North Vietnamese female fighter of note was Nguyen Thi Hien. Hien, at the age of 19, became the leader of a military squad in Yen Vuc, Ham Rong district (aka Dragon Jaw bridge), in Thanh Hoa province. Hien’s comrades had to dig her out four times after her bunker was collapsed under explosive waves of U.S. B-52 bombs, and each time Hien lived on to rally anti-aircraft forces attempting to shoot down the huge aircraft.
Hien survived the war and still resides in Northern Vietnam. 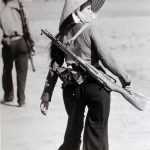 A Viet Cong cadre known as “Apache” became infamous during the Vietnam War. Apache, a platoon commander, sniper and interrogator, was notorious for torturing her victims who she either seduced or captured at gunpoint. She would torment her captives for hours, hideously mutilating them before they finally succumbed to death.  Eventually, Apache was killed by U.S. Marine sniper, Carlos Hathcock; also known as “White Feather”. Hathcock, a legend in his own right, later reported that killing Apache was the most gratifying mission he had undertaken during his time in Vietnam. 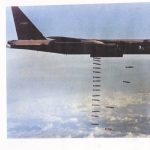 On a personal note, one of the more memorable incidents from my time in Vietnam involved the fate of a young Vietcong woman who had been mortally wounded during a B-52 bombing raid near our base at Phu Cat. American soldiers had found the woman, actually a girl of no more than fourteen or fifteen, as she lay dying amongst the rubble. They relayed her story to us when they arrived back at our base at Phu Cat, recalling how as a medic tried to comfort the girl she had put her arms around the man and asked him to hug her. As the medic complied with her wish the brave young girl spoke her last words; “I want to be held by a man before I die”.

A moving event for all who witnessed or heard of the incident, it profoundly affected my feelings on the likely outcome of the war. For all the Vietnamese whom I had encountered during my time at the Phu Cat airbase, as well as those we interacted with out on the road; none had demonstrated any such passion regarding the war. As a matter of fact, many of the Vietnamese I came to know seemed fairly ambivalent about the progress of the war, and even somewhat dubious regarding which side they favored.  And though many of them seemingly appreciated what America was trying to do on their behalf, I had the marked feeling that a significant number of them would also be happy if we were to leave the very next day.

My lifelong friend Jim Booth, a serious boxing aficionado, often said “Always bet on the hungry fighter; you’ll win most of your bets that way”.  In my opinion, for whatever reason, the Viet Cong and the North Vietnamese Army (NVA) were “hungrier” than the Army of South Vietnam, the South Vietnamese government and those that supported them. 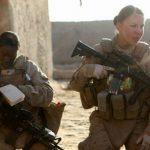 Since the first Gulf War back in the 1990’s, moving along to the current War in Afghanistan and Iraq; women in today’s military are increasingly taking on combat roles which have traditionally been handled by men. The women who have filled these positions have done an outstanding job; many sacrificing life and limb for their fellow soldiers and for their country. God bless them, and God bless America.

*1. The time period of heaviest U.S. military involvement in Vietnam