Guest Writer – Arne Vainio, M.D.; The Promise of a Warrior

What happens when people open their hearts?
..They get better
― Haruki Murakami, 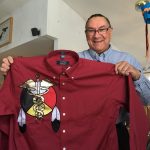 Today’s guest writer is Arne Vainio, M.D. Arne is an enrolled member of the Mille Lacs Band of Ojibwe in Northern Minnesota and has been a family practicing physician for over 21 years. Arne is of both Ojibwe and Finnish ancestry, and enjoys cultural activities from each of those heritages. 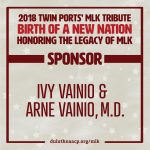 Arne is the recipient of many awards relating to his medical practice achievements, including the 2017 Association of American Indian Physicians “Physician of the Year”. As champions of human rights, Arne and his wife Ivy are both active in many programs which improve the lives and conditions of others. 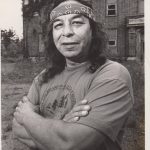 Arne is also a writer, and is a columnist for Indian Country News.

I came to know of Arne through our mutual friend, the late Jim Northrup. (reference my earlier blog The Heart of a Warrior, the Soul of a Writer)

The Promise of a Warrior, which Arne has graciously shared with us, is a story of empathy, respect and trust. Please enjoy Arne’s story.

The Promise of a Warrior

I was in my residency training in Seattle and it was the first day of my surgery rotation. The surgery team was rounding at 6 AM and we were dividing up the patients on the service.

I was a brand-new physician and uncertain of myself and constantly afraid of doing something wrong. The chief resident was in charge and there were three other surgery residents on the team. We covered rounds fast and we went from room to room to take care of post-surgical issues, draining wounds, cutting dead tissue from infected sores, managing pain, managing low blood pressures and patient fluid status and all the other issues that come up after surgery. We had over thirty patients on the service and there were new patients coming in through the Emergency Room and by referrals and there were patients to discharge to home or to nursing homes to continue their recovery once they were past the acute phase.
The team stopped in front of a room and the chief resident told the team, “Mr. Jensen is eighty years old and he has five fractured vertebrae from jumping out of an airplane. That was over a month ago and we can’t get him out of the hospital. He’s mad at everyone and all he wants is pain medicines and no one can talk to him. He won’t eat, he won’t get out of bed to work with physical therapy and what he was thinking when he jumped out of that airplane is anyone’s guess. He was too old to be doing something like that.”

We went into the room as a team of six and the chief resident asked him loudly, “Mr. Jensen, how are you doing today?”

“My back is broken. How the hell do you think I’m doing? I hurt constantly and I can’t walk and that physical therapist is trying to kill me. Get the hell out of my room!”

We walked out of the room and into the hallway. The chief resident looked at the assignment list and said, “Dr. Vainio, he’s your patient and you need to get him out of the hospital. No one has been able to talk with him. There isn’t anything surgical we can do to fix him, but he needs to be eating and he needs to start walking. Good luck.”

We finished rounding and I had other patients assigned to me and spent most of the morning discharging patients to home or to nursing homes, getting discharge medicine lists right, writing prescriptions and dictating discharge summaries. It was late afternoon when I got back to Mr. Jensen’s room. I knocked on the door and there was no answer. I opened it slowly and he was lying in bed glaring at me. “What the hell do you want now?”

I pulled a chair close to his bed and held out my hand. “I’m Dr. Vainio and I’ll be the doctor mostly working with you.” He looked at my hand, but didn’t shake it. “I’ve seen plenty of doctors and another one isn’t going to make any difference.”

“Fair enough,” I said loudly. “Is there anything I can do for you?”

“You can make my back stop hurting. I know everyone thinks I was crazy for jumping out of an airplane, but I did it and now I hurt all the time. You can’t change that, can you?”

“You can get me new batteries for my hearing aids.”

I put an order in his chart to get his batteries and the next day I went back to see him after morning rounds were done.

“How are you doing today, Mr. Jensen?”

“My name is Bill and you don’t have to yell anymore. My hearing aids are working fine. What did you say your name was again?”

“Dr. Vainio. What do we need to do to get you to eat? You need to eat so you can heal.”

“I get sick to my stomach and start burping when I eat anything. I haven’t had a good bowel movement since I’ve been here because it hurts my back when I try to have one. The nurses ask me about it, but it’s none of their damn business.”

“Actually, it is their business. If you don’t have a bowel movement, everything backs up. When you eat, it causes a reflex that makes your intestines move stuff out of the way. If your gut is really full and your stomach can’t empty that way, it tries to come back up your esophagus and makes you want to throw up.”

“An enema to start and you should be on a regular bowel program with some fiber and a laxative.”

“I don’t want to be on more medicines. I wasn’t constipated before I came here and something here caused it. Is it the hospital food?”

“It isn’t the food. The most likely cause is the narcotic pain medicine you’re getting for your back pain. Those medicines cause lots of constipation.”

“My back is going to hurt worse if I stop those medicines. It’s the only thing that gets me through.”

“Your back likely will hurt, but those medicines don’t help as much as you think they do after the first few days. Most of the time people get dependent on them if they take them for too long and it’s really hard to stop taking them.”

The next day he was sitting on the side of his bed eating lunch when I came in. “That enema really helped and these hospital peas and carrots never tasted so good! My back hurts worse, but I’m trying to use less of the pain medicine. Physical therapy really hurt today, but I’m going to try to walk out of here if I can.”

The next day he took a few steps and made daily progress and a few days later I came into his room. I was really starting to enjoy our visits and he pointed to the chair when I walked in. “Sit down, Dr. Vainio. Where are you from?”

“Minnesota. Out in the woods up north.”

“Everybody thinks I’m crazy for jumping out of an airplane at my age. Do you think that?”

“I don’t, Bill. I hope when I’m eighty that I can even consider doing something like that. You’re the only one I’ve ever seen do that and I respect you for it.” 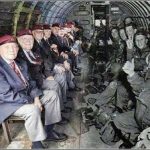 “Well, that will be the only time. My brother Randy and I were twins and he was born a couple of minutes after I was. He had polio when we were kids and it left him in a wheelchair. When we were in high school, I played football and he couldn’t. When I went into World War II, he stayed behind and I could read in his letters what he lost by not being able to do the things I did. He always wished he could have jumped from an airplane and he asked me to describe it to him again and again and no one was prouder of me the day I became a Major. He was diagnosed with colon cancer and it was too far along when they found it. The day he died, he asked me to tell him one last time how it felt to jump from an airplane. I did that jump on our birthday and I tried to see it from my brother’s eyes. Now I see that was the thinking of a foolish old man.” 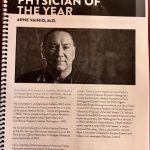 “I see it differently than that, Bill. I see it as the promise of a warrior to a brother who always looked up to him. I see it as strength and courage and love. There isn’t anything anyone can do to fix your fractures and they have to heal on their own. I have no doubt you’ll have the strength you need to get past this and I admire you for what you’ve done for your country and for your brother.”

“Thank you, Dr. Vainio. I think I’m about as ready as I’ll ever be to leave the hospital. I’ve taken a few steps and I know I’ll be able to walk again. Randy never had that chance and I’ll walk for both of us. I’ll be thinking of you when I do.”

“I’ll be thinking of you, Major Jensen. Is it proper if I salute you?”

“Normally, the correct etiquette for a civilian is to hold your hand over your heart, but a salute from you would be fine by me. Can you help me up?”

I helped him slowly rise out of his chair. I could tell it hurt for him to stand and I knew he was standing for a brother who never could. He stood tall with his feet together and his hands at his side and I hoped my salute was a proper one.

I helped him back into his chair and went to get started on his paperwork.

You are welcome to share Joe’s stories on Facebook and other media, in full, crediting Joe and his guest writers if applicable. Copyright protected © Joe Campolo Jr