Reports of recent gas shortages and images of filling station lines remind me of a time in the seventies, when gas shortages occurred on a regular basis, thanks to OPEC strangleholds. One of the popular devices of the time, helped us locate gas, on occasion. We also had a lot of fun with it. 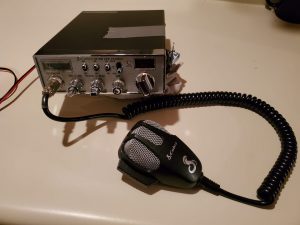 Long before cell phones came into use, many of us motorists added CB radios to our vehicles. Semi-truck drivers had been using CBs long before us “four wheelers” discovered them. They used them for directions, traffic, weather conditions, and just to chat back and forth.

Spurred on by those gasoline shortages, many motorists welcomed the convenience of getting information over the air while driving. I myself located gas several times during those years, using my CB radio. Without it, many motorists went from filling station to filling station, until they finally located one with available fuel. It was very frustrating at times.

Practicality aside, the actual reason for joining in on all the airwave fun, may have been just to get in on the hot fad at the time. Within a short period of time, everyone and their brother (or sister) had a CB radio in their car. And they would start yacking back and forth as soon as they pulled out of the driveway.

Using CB lingo was half the fun.

Out on the open road, CBs were often used to keep an eye on the state troopers:

“How bout a bear report”. (Have you seen any state patrols in the area)

“Anyone see any bears in the air?” (Are aircraft checking motorists speed).

Sometimes state troopers, who monitored the airwaves, would play along and answer back.

“Negatory, no bears anywhere nearby.”

After which they’d nail someone, who fell into their trap. 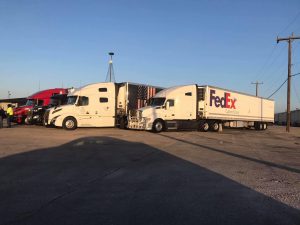 The “18 wheelers” (semi-drivers) didn’t have much patience with us 4 wheelers, and chastised us night and day. They objected to our driving habits, the size of our vehicles, our speed and even to particular individuals, when they could identify them inside the vehicles. The truckers kept up a steady jabber twenty-four hours a day, talking about anything and everything. Sports, current events and politics were always hot topics. Occasionally, they’d spot an attractive woman in a vehicle, and chatter back and forth about her. (Cover your ears kids) They would keep track of her vehicle and all the truckers along the route would watch out for her and report on her status.

Sometimes the truckers would get into heated shouting matches with other vehicles; 18 wheelers, 4 wheelers and otherwise. These CB Rambos would cuss each other out, threaten each other and occasionally pull over to duke it out. They were quite humorous. Four wheelers would also, on occasion, get into dust ups, with each other, or truckers via the CB radio. Often, while motoring along on our family vacations, I would listen to all the CB chatter; friendly and unfriendly. It was quite entertaining!

The CB radios were typically 40-channel units. The open channel where most of the chatter went on was 19. If two people tied up the channel, they’d be told, in no uncertain terms, to take it to another channel. If you were traveling with another vehicle, you and the other vehicle might set-up a specific channel, for a more private conversation. Of course, anyone who happened onto that channel, could listen in and/or comment. 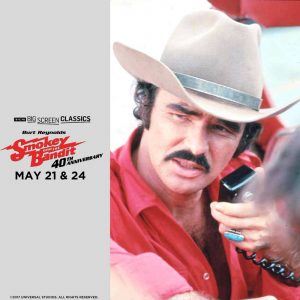 Television shows of the time period, especially cop shows, would often feature CB radio activity in the program, and there were even a couple of movies centered around the fad. (Reference the movie “Convoy”, 1978)

With the heyday of CB radios long passed; we’ve had to find other ways to amuse ourselves on our cross-country trips. Blue tooth phone service is nice, but it doesn’t replace all of the entertainment we received via our old CBs.  I miss those days, and still occasionally boot up the old unit, just to see if I can still connect with someone.