Contributing Factors to the War in Vietnam 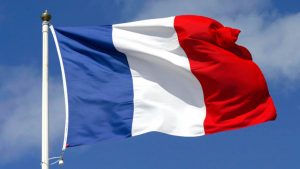 The French “tricolor” flew over Vietnam for many years

When the French colonized Vietnam in the eighteen hundreds, they created discord that would trouble the small nation into the nineteen hundreds and beyond. This discord created divisiveness in several interrelated areas, or factors. Those being:

And all of these contributing factors manifested themselves during the American War in Vietnam. 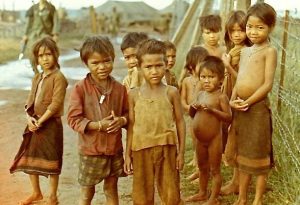 The Citizens of Vietnam reaped little from the French occupation

After the French colonized Vietnam, the Vietnamese became divided into a very small upper class, a small middle class, and a very large lower class. Most of the riches France extracted from Vietnam, filled the coffers of Frenchmen, in both France and Vietnam. The small upper and middle class of Vietnamese, a product of the French colonization, were thrown a few bones, in exchange for mid and lower-level administrative services in government and commerce. The remaining population received little attention, remaining poor and left to their own devices. 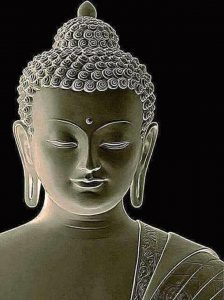 The French did their best to downgrade the influence of Buddha

Religion played no small part in the state of affairs of colonized Vietnam. The French brought Catholicism with them and did their best to convert the Buddhist nation, particularly the top tier group which they had promoted to help manage the government and economy.

This separation of the Vietnamese into religious and socio-economic classes created resentment, hardship, hostility, and open conflict for many years. The top-tiered Vietnamese were also given the benefit, by their French masters, of advanced education, adding yet another source of friction. The converted Catholic Vietnamese dominated upper level government and military positions, as well as managerial posts in various economic concerns, for many years to come.

Ethnic tensions in Vietnam had been present for many years, long before the arrival of the French. Seven different categories of ethnic peoples, composed of some fifty-four ethnic groups populate the small nation. The largest single ethnic group being the Vietic, or Viet’s, compose almost ninety percent of the population of Vietnam.

Catholic elitism and socio-economic disparity, created by the French, exacerbated existing ethnic strife in Vietnam. Problems between ethnic Vietnamese and ethnic Chinese flared up from time to time over the centuries. However the ethnic strife that many American servicemen and women are most likely to remember is the discord between ethnic Vietnamese and the tribal people who occupied the mountainous interior of Vietnam. Montagnards (Mountain People), as the French called them, actually consisted of many different tribes inhabiting the rough terrain known as The Highlands. 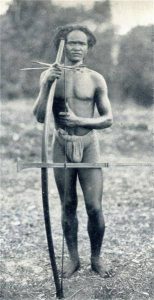 A Montagnard of the Dega tribe, near my area of duty in Vietnam. He is carrying his crossbow, a lethal weapon in the hands of the Dega

The Montagnards, or Yards as they were referred to, were a fiercely independent and straight-forward people. The South Vietnamese harassed them constantly, shuffling them around to make way for ethnic Vietnamese, who desired their crop land and living space. The ethnic Vietnamese upper class, largely Catholic, also pressured the Montagnards to adopt Catholicism, creating another source of friction. The Montagnards disliked the Viet Cong even more than they disliked the heavy-handed South Vietnamese officials. American Special Forces recruited the Montagnards to fight alongside them against the Viet Cong, and the Yards performed with distinction throughout the war.

Unfortunately, after the communist takeover of South Vietnam in 1975, the various mountain tribes continued to be persecuted, only now by their new communist masters. That it came from a different group of Vietnamese, mattered little to the tribes affected by the persecution. Many of them were able to escape to America and other welcoming nations, along with the many other Vietnamese who became refugees after the war. 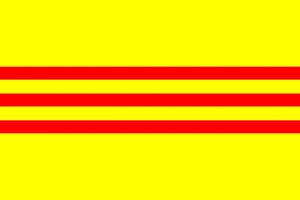 The flag of South Vietnam, prior to the communist takeover in 1975

Nationalist strife in Vietnam during those years is understandable. Vietnamese nationals, most certainly resented the French, Japanese, and Americans who occupied their country at one time or another. And even though the Americans attempted to promote honest government and self-determination for the citizenry, they were still resented by many Vietnamese.

Communism Vs Capitalism, of course, was considered to be the primary cause of the American war in Vietnam. (Reference the domino affect) 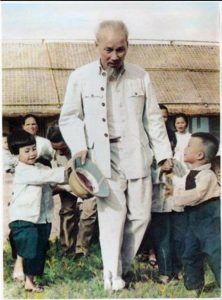 In the early stages of WWII, the Japanese wrested control of Vietnam from the French, although many French administrators were kept on to help maintain control of government and commerce. Before the end of the war, Japan threw out the French and turned all functions previously done by the French over to the Vietnamese. For various reasons, the Vietnamese champion of independence, Ho Chi Minh, embraced the communist philosophy. After the Japanese surrender in 1945, with extreme chaos occurring in Vietnam, France solicited help from Great Britain and even some defeated Japanese soldiers, in an effort to regain control of its former colony. Successful for a time, France resumed its pre-war position as the overlord of Vietnam. The U.S. became involved when France faced military defeat from Vietnamese partisans. The U.S. promised France assistance in Southeast Asia, if France would crack down on communism in France, which they did.

Despite a massive amount of help from the U.S., the French were defeated in 1954. The U.S. stayed on, hoping to provide South Vietnam assistance in fighting off the aggressive communists from the north, along with their Viet Cong allies in the south. In 1964, the U.S. war in Vietnam began in earnest, escalating each year, until 1969 when the decision was made to incrementally hand the war over to the South Vietnamese. Most American ground troops were gone by 1973, and in 1975 South Vietnam fell to North Vietnamese forces.

The basis for the American War in Vietnam, primarily attributed to differences in political systems, was in fact, complicated by several other interrelated factors. No doubt these same interrelated factors can be associated with many conflicts, both past and present.

Share this…
◀ Ollie
Guest Writer – How Many; by Jimmy Fox ▶