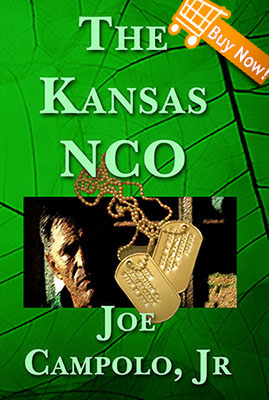 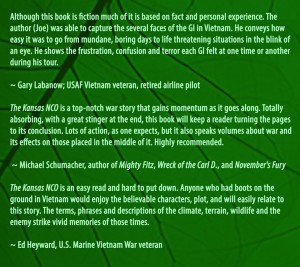 “The Kansas NCO is an award winning novel about an Air Force senior NCO (non-commissioned officer) who runs what is possibly the largest black market operation of the Vietnam War, in the later stages of the American involvement there. Several of his underlings become entangled in a a drug operation and end up outside the wire for several weeks, fighting for their very lives.
They find themselves victimized by treachery in their own ranks, as well as being hunted by the Viet Cong, with nowhere to turn. As the story unfolds our men find some unlikely allies….along with some surprising enemies as their journey to their final destination takes them back where they started.” [Read More]